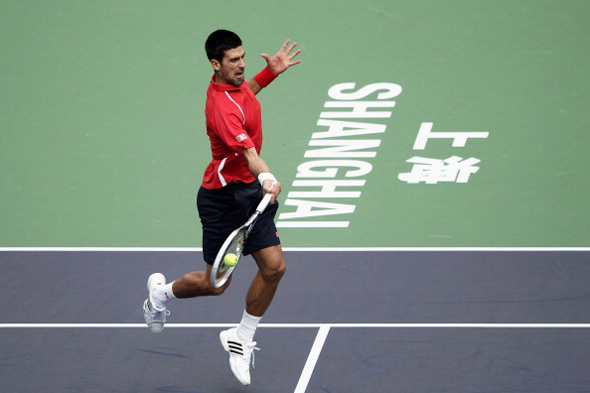 Novak Djokovic, the no.2 seed, who won his third straight China Open title on Sunday, opened his Shanghai Rolex Masters campaign with a 6-3, 6-2 victory over Bulgarian Grigor Dimitrov in their first-time meeting.

Nole hit five aces and converted three of his five break point chances to claim the second round win in just 54 minutes. He is the ATP World Tour’s match win leader for the year with 66 wins and a season-best 41 on hard courts.

“Very pleased with my serving in Beijing and the first match today,” said Novak.

“That’s something that I’ve been working on. Relying on the serve in today’s tennis is a big advantage. So I try to get as many free points as possible. Today that was the case. It helped me a lot to defeat my opponent.”

The 25-year-old Serbian will next play world no.29 Feliciano Lopez. The Spaniard beat no.16 seed Philipp Kohlschreiber of Germany 6-3, 6-4.