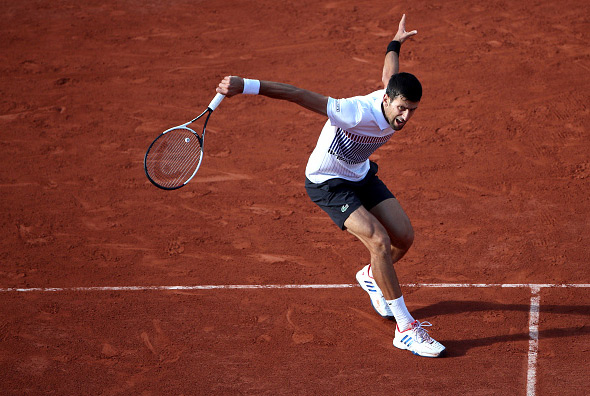 Novak’s run of 11 straight wins at Roland Garros was ended by Dominic Thiem in the quarter-final of the French Open after a 6-7 (5), 3-6, 0-6 defeat to the sixth seed on Wednesday.

The 23-year-old next generation star recovered from a 2-4 deficit in the first set, and saved two set points on serve at 4-5, 15/40. In a tense tie-break, the Austrian held his nerve and clinched the 73-minute opener when the defending champion committed an unforced error.

Thiem maintained his momentum by converting his break point opportunity in the second game of the second set. From 5-3 lead, he won seven straight games and sealed his first victory over Novak in their six career meetings.

On Monday, the 30-year-old Serbian will drop outside of the Top 2 in the ATP Rankings for the first time since July 2011.

“It’s hard to comment on the third set, nothing was going my way. It was a pretty bad set. All in all, the match was decided in the first set I think. I tried, I lost that crucial break at the beginning of the second and he started serving better,” said Djokovic. “He deserved to win. He was definitely the better player today. I guess he made it difficult. He has a heavy spin and he can play very quick. He has an all-round game. You can easily lose the rhythm, especially from the backhand corner. In the second part of the match, I was unable to hit the ball well and I made many unforced errors. He was getting better as the match progressed.”

Novak’s next tournament is Wimbledon, the third Major event of the season (July 03-July 16).