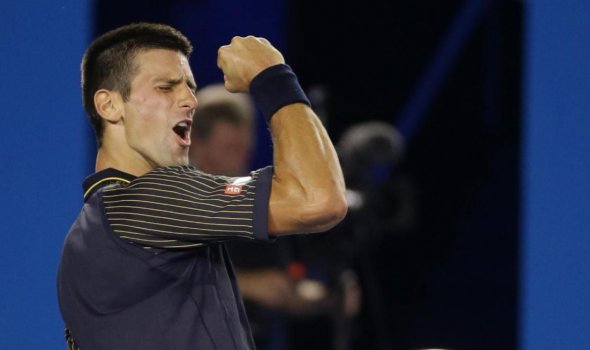 The top seed dropped just seven points on serve – winning 29 of 32 points on first delivery and 15 of 19 points on his second serve – in a ruthless performance, to advance to his fourth final in Melbourne. 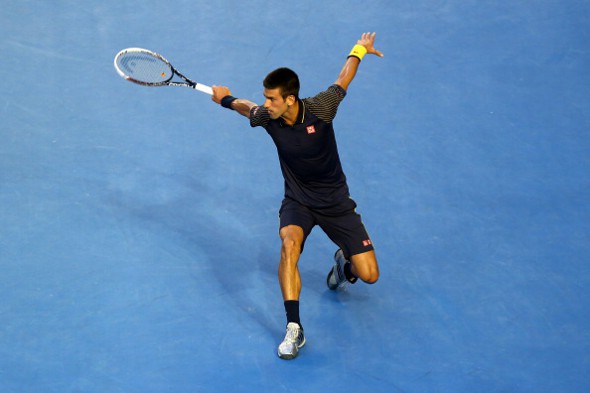 Novak created two break point opportunities on Ferrer’s serve in the fifth game. He clinched a 3-2 lead, broke the Spaniard once more in the seventh game and closed the set 6-2 in just 29 minutes.

The defending champion continued his dominance in the second set, breaking on two occasions to storm to a two sets to love lead.

Djokovic ran his opponent around the court finishing points with style and power. He made a break in the opening game of the third set and claimed another in the third game. Ferrer took the fifth game to avoid the threat of a bagel, but Nole kept the momentum rolling and sealed the victory breaking the Spaniard for the third time.

“I played incredible tennis,” Novak said. “I felt very confident and comfortable from the start. It was definitely one of the best performances I’ve had in my career. This has been my most successful grand slam – I love this court, I love this atmosphere. I’m just pleased to have another shot at the title.”

“He played very, very good. I didn’t have any chance to win tonight. All can I say is Novak was better in every moment than me,” Ferrer admitted after the match.

Novak walked back on court an hour later, dressed as a doctor, making a surprise entry as part of a “legends” exhibition doubles match. To much laughter from the crowd, he pretended to give Henri Leconte medical treatment.

The 25-year old Serbian star will next attempt to capture his 6th major title on Sunday against third-seeded Briton Andy Murray who prevailed over no.2 seed Swiss Roger Federer in five sets, 6-4, 6-7, 6-3, 6-7, 6-2 after four hours.