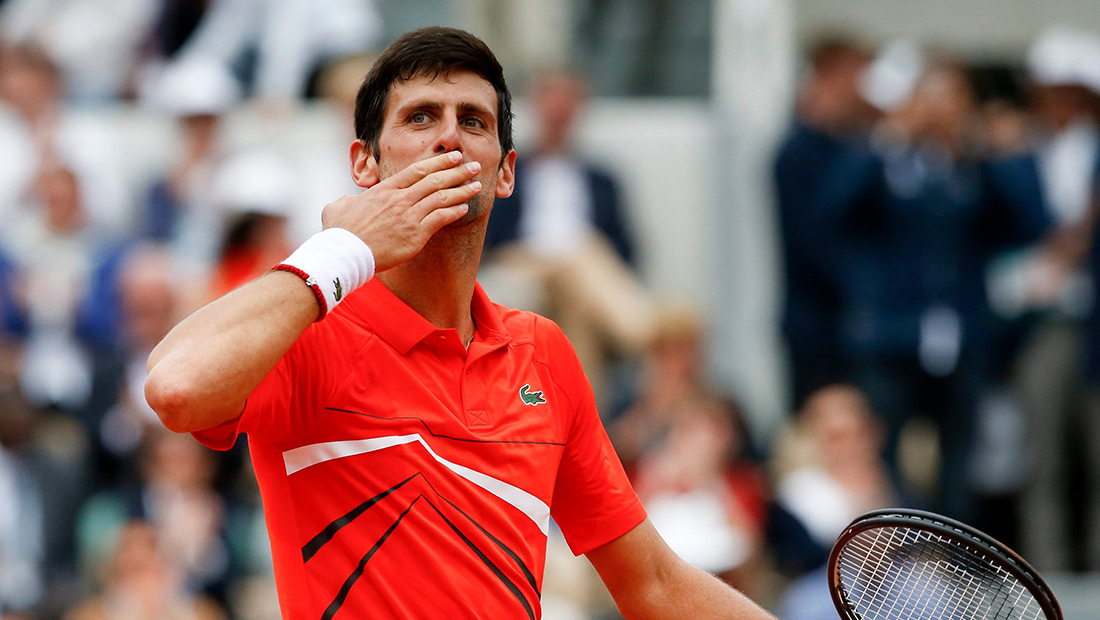 Nole is into his ninth Roland Garros semis and two wins from second Nole Slam.

Novak looked in danger in the first set when he was broken at 4-all, but he immediately broke back and converted one more chance to take it 7-5. The Serbian ace continued to put pressure on his rival. He broke Zverev’s serve twice in the second and third sets to seal the third win in five career meetings between the two.

For a place in the French Open final, Novak will play against fourth seed Dominic Thiem on Friday (6-2 H2H record). The Austrian, who finished runner-up to Nadal in Paris in 2018, outplayed Karen Khachanov (RUS, 10) in straight sets.

Djokovic is looking to become just the second man (alongside Rod Laver) in history to hold all four majors at the same time on two occasions.