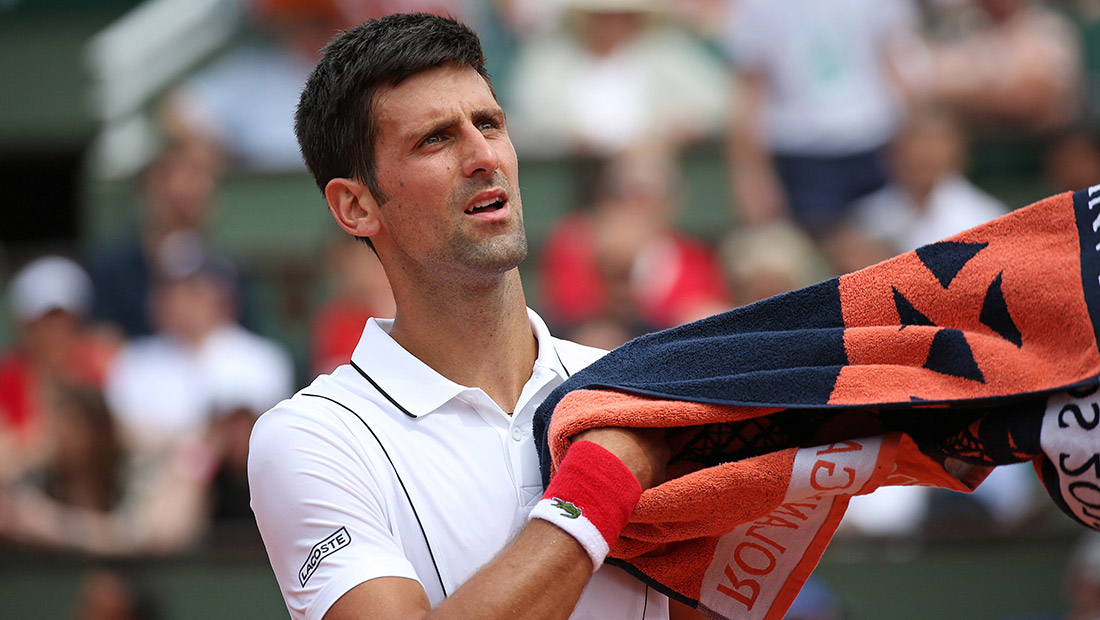 Novak is out of the French Open after Italian Marco Cecchinato defeated him to reach the semi-finals on Tuesday.

Novak paid the price for a slow start in which he hit only three winners in the first set and failed to threaten Cecchinato’s serve.

The Serbian star was broken in the fourth game of the opening set and at the very beginning of the second. He began to improve as the match progressed and broke back to level and force a tie-breaker. However, the Italian won it 7-4.

Djokovic did not give up fight and he raced through the third set in just 29 minutes.

Cecchinato could not find his rhythm and focus, which Novak used. He was 5-2 up in the fourth set, but his rival somehow regained his composure to break back and take it into a tie-break. It had everything: missed match points, missed set points, and drama which kept the crowd on the edge of their seats.

Novak missed some opportunities at key moments and Cecchinato sealed the win in three hours and 26 minutes. It was the best match of the Roland Garros so far.

“I struggled from the beginning,” Djokovic reflected. “Just a pity that I couldn’t capitalise on the chances in the fourth set and some break points that I had in there, but he came back and credit to him. Any defeat is difficult in the Grand Slams, especially one that came from months of build-up. I thought I had a great chance to get at least a step further, but it wasn’t to be. That’s the way it is.”

Novak’s next tournament is Wimbledon, the third Major event of the season (July 02-July 15).