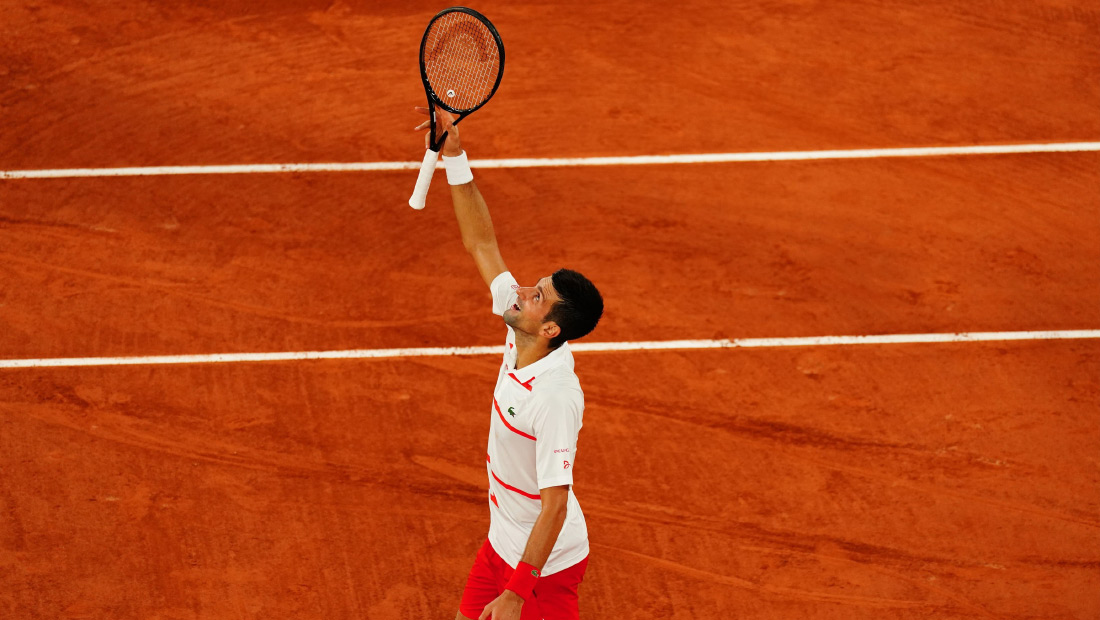 RG: Novak storms past Berankis into the third round in Paris

Nole put up a dominant performance to advance into round three at Roland Garros.

The 33-year-old Serbian star stormed past the Lithuanian 6-1, 6-2, 6-2 in just one hour and 23 minutes on the new Court Philippe-Chatrier to reach the third round.

Novak now leads their ATP H2H series 3-0. This was their first meeting on clay.

It was a straightforward match for the world no.1, who wasn’t really challenged by Berankis. The 2016 champion showed once again his imperious form. He broke twice in each set and saved both break points he faced, improving his 2020 record to 33-1.

“Grand Slams are the biggest tournaments in our sport. Historically, they count the most, so of course winning that many matches at each Slam is a great achievement,” Djokovic said. “It makes me proud, makes me happy.”

For a place in the last 16, Novak will play against Daniel Elahi Galan (ATP #153) on Saturday, in what will be their first career encounter.

Looking ahead to the clash with Galan, Djokovic said: “I don’t know much about him, to be honest. I have never seen him play, so I’ll have to look at his matches, the videos, and try to prepare myself with my team. It’s always dangerous facing opponents you’ve never faced before.”