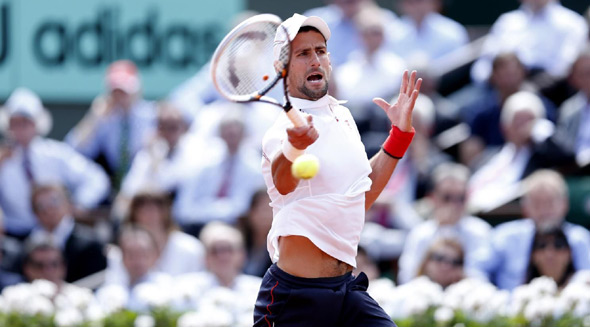 A year later – it is the same venue and the same stage of the competition, this time with an even greater goal within reach.

Novak Djokovic (1) and Roger Federer (3) will meet in the semi-finals of Roland Garros on Friday.

The top-seeded Serbian star will be looking to reach his first French Open finals, while the Swiss is going for his sixth final in Paris (won title in 2009).

Last year, Federer ended Novak’s 43-match winning streak. This year, Novak will try to win and keep alive his hopes of becoming the first man in 43 years to win a non-calendar Grand Slam — all four major titles in a row. The last player to hold all four grand slam titles was Rod Laver in 1969.

“Last year we were part of a great match that went the distance, and he played incredibly well,” said Djokovic. “I thought I played on a very high level. I just hope we can have another good match for us and for the crowd to be a part of. I think for me it’s crucial to be very focused and aggressive from the first moment, because that’s something that you can always expect Roger to have, that control over the opponent from the start. I will try to be out there believing I can win.”

The 25-year-old Belgrade native has lost four sets, one less than the third-ranked Swiss.

Rafael Nadal (2) will play David Ferrer (6) in an all-Spanish semi-final.