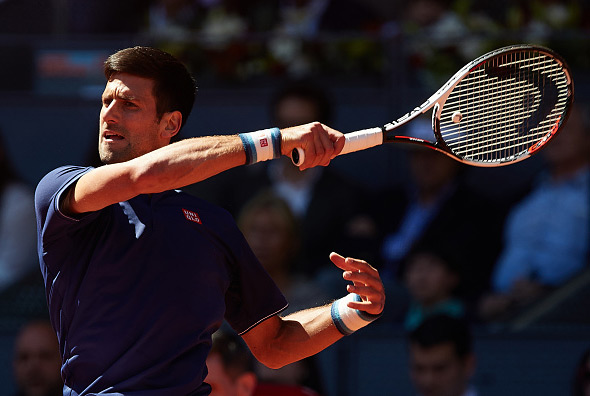 World no.2 Novak Djokovic improved to 3-0 against Aljaz Bedene in their ATP H2H series on Tuesday at the Internazionali BNL d’Italia in Rome.

The second seed dropped his first service game in the match but broke back immediately to level the contest. He went on to clinch a tie-breaker in convincing fashion, 7-2.

Djokovic broke the British qualifier twice in the second set, in the first and fifth games, to advance 7-6 (2), 6-2 in one hour and 45 minutes.

“A little bit of a slower start, but Bedene is the kind of player that gives you good rhythm. I had some good exchanges, some good games with rallies and it felt right, especially in the second set. I played a great tie-break. Served very well when I needed to,” the four-time titlist said. “I just wish that I had started a little bit sharper. But hopefully the next one will be good.”