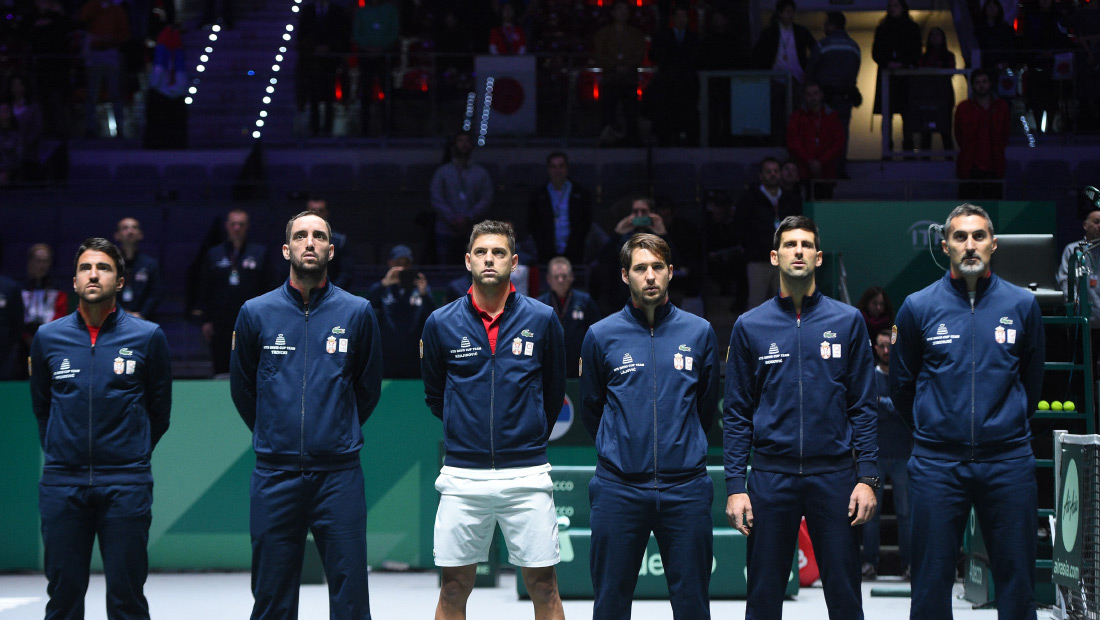 Russia outplayed Serbia in the Davis Cup quarter-finals in Madrid on Friday.

Andrey Rublev brushed aside Filip Krajinovic 6-1, 6-2 in just 52 minutes in the opening match.

Novak recorded a 6-3, 6-3 win over Karen Khachanov to level the tie, giving Serbia hope ahead of the decisive doubles rubber.

The International Tennis Federation and Kosmos Tennis have announced that the Davis Cup steering committee has selected France and Serbia to receive wild cards for the Davis Cup by Rakuten Madrid Finals in 2020.

France and Serbia will join the four semi-finalists from the 2019 competition – Canada, Great Britain, Russia and Spain – and the 12 winners of the Davis Cup by Rakuten Qualifiers 2020 to be held on 6-7 March.