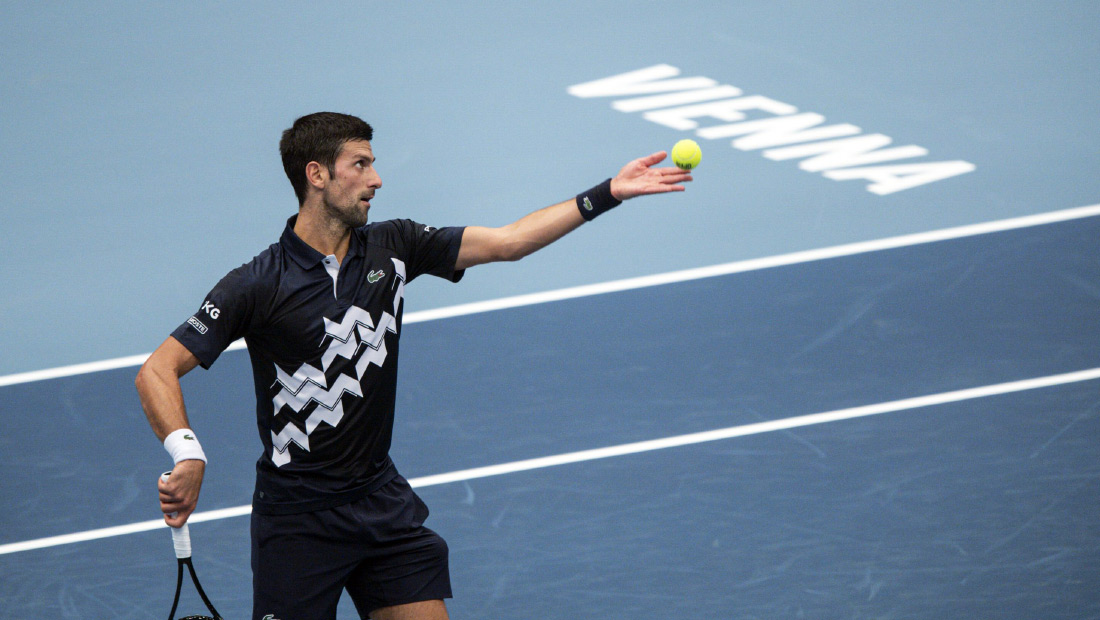 The Italian lucky loser completed the sensational 6-2, 6-1 victory in 68 minutes.

Sonego broke the world no.1 twice in the first set and three times in the second, while Novak failed in attempt to capitalise on any of his six break point chances.

The 33-year-old Serb made an unusually high number of unforced errors, which gave confidence to his opponent. It was the first career meeting between the two.

“He just blew me off the court, that’s all,” Novak said. “He was better in every segment of the game… it was a pretty bad match from my side, but amazing from his side. He definitely deserved this result.”

Novak will next play at 2020 Nitto ATP Finals where he was victorious five times. Last year he was stopped in Round Robin group phase.

Djokovic will be joined by Rafael Nadal, Dominic Thiem, Daniil Medvedev, Stefanos Tsitsipas and Alexander Zverev, for the 50-year anniversary of the tournament. Two more singles spots are up for grabs.

The prestigious year-end championships will be staged at The O2 Arena in London for the last time (15-22 November).