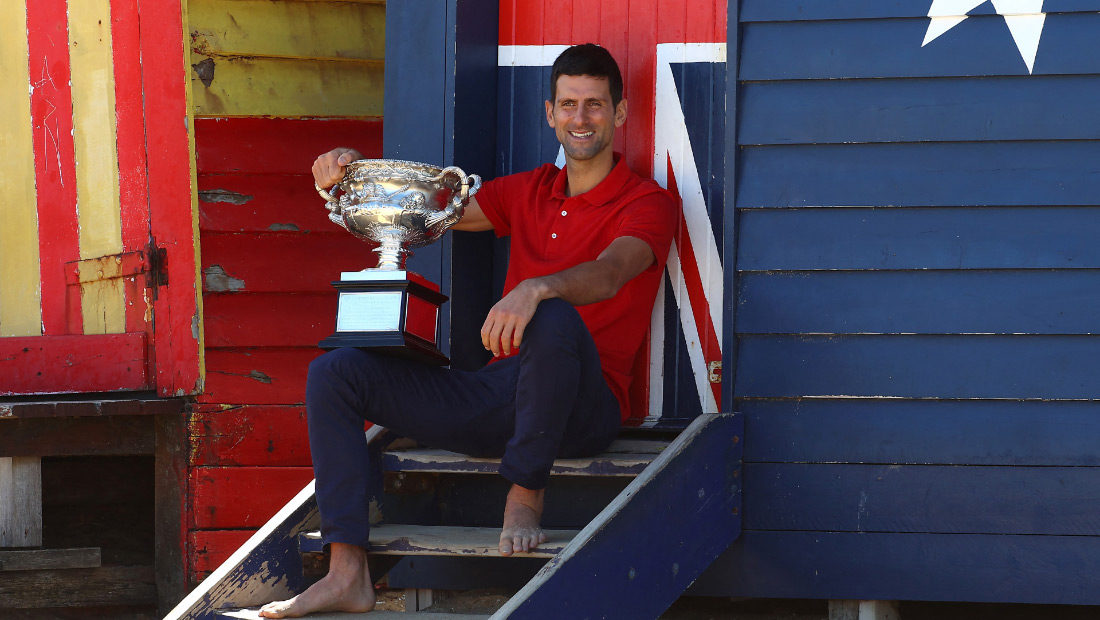 Novak Djokovic is the champion at Melbourne Park for an unprecedented ninth time, as he completed his dominant Australian Open title run with a 7-5, 6-2, 6-2 victory over Daniil Medvedev on Sunday.

The world no.1 is now two titles short of Roger Federer’s and Rafael Nadal’s all-time mark of 20 major titles.

The Serbian star delivered one of his best performances against the fourth seed to emerge victorious in one hour and 53 minutes. 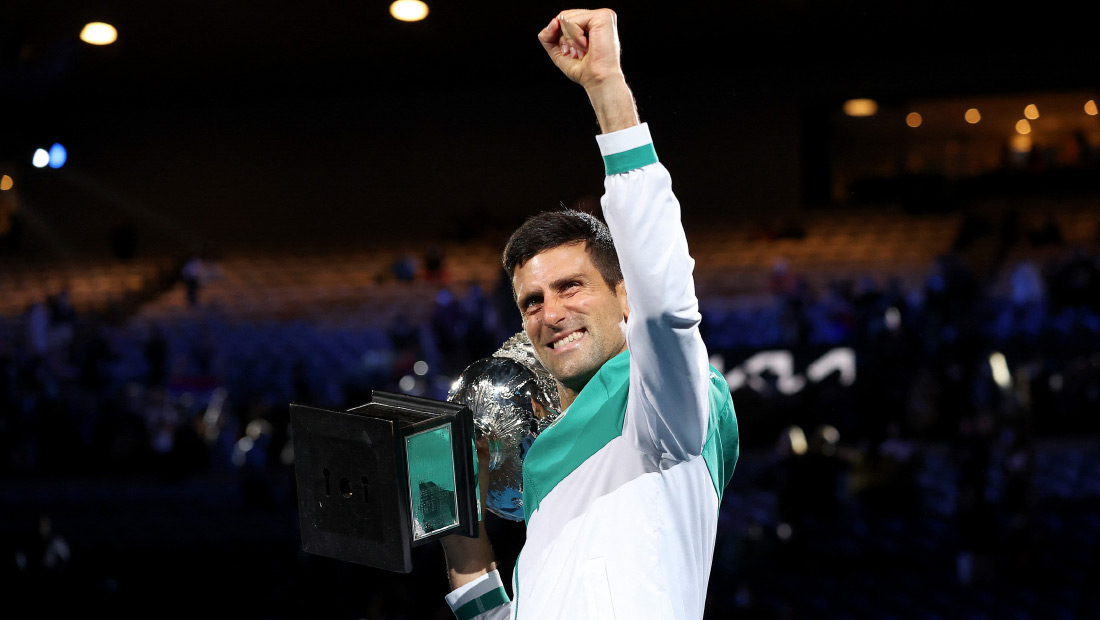 The Serbian star made a fast start and raced to a 3-0 lead. Despite an immediate response from his rival, who broke back to level, Djokovic put pressure on Medvedev once again in the 12th game and converted his third opportunity to close out the set.

It is his 82nd career crown in singles, 82nd match-win in Melbourne and his fifth victory from eight showdowns with the Russian.

“On the court, Daniil is one of the toughest players I have ever faced in my life. It’s only a matter of time before you hold a Grand Slam trophy,” Novak said in the trophy ceremony. “It’s amazing that he has put together a 20-match winning streak over the past few months.”

“Congratulations to Novak and his team. Nine Grand Slams in Australia and 18 in total is an amazing thing and probably not his last one,” Medvedev praised Novak. 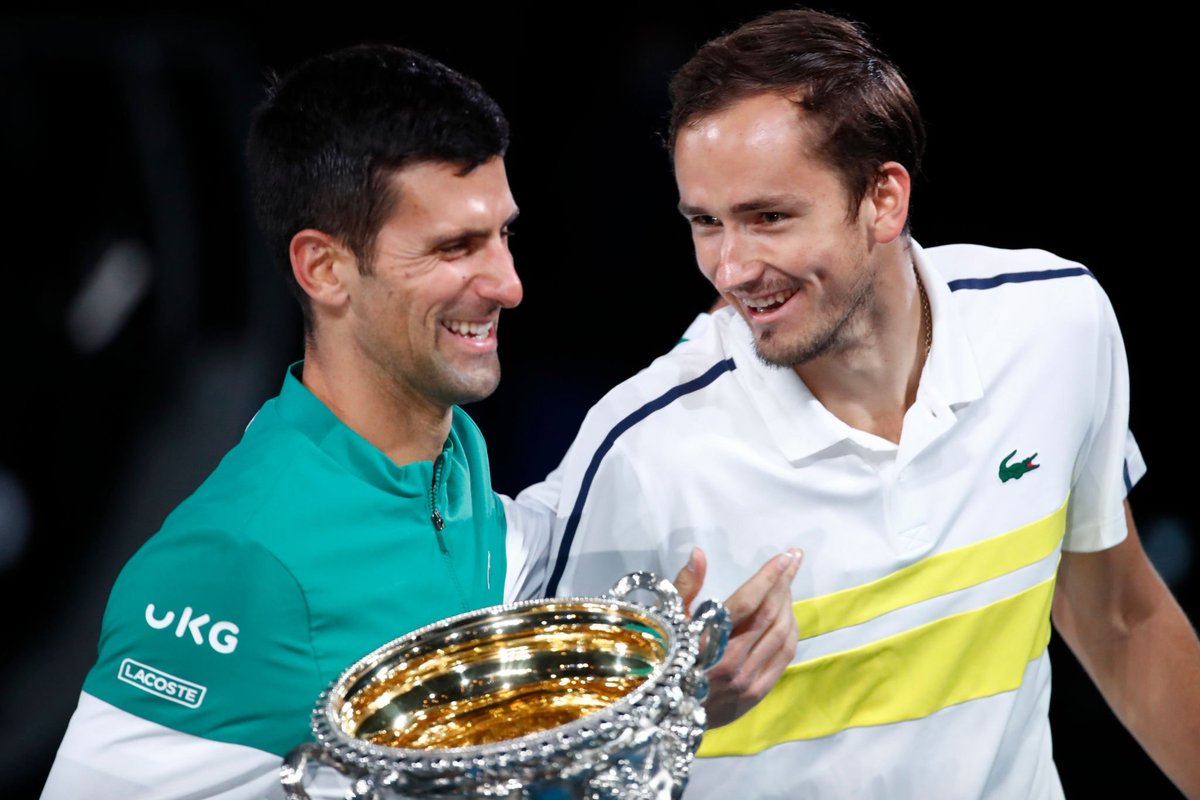 “I would like to thank my team,” said the nine-time champion. “It has been a roller-coaster ride for me, especially in the last couple of weeks but always a special thanks to you. You have dedicated so much time making sure I’m able to play and I am grateful to you. Thank you guys, I love you.”

“I would also like to thank this court, I would like to thank Rod Laver Arena, I love you each year more and more – the love affair keeps going,” added Djokovic. “I think it was a very successful tournament and I’d like to praise tournament director Craig Tiley for a tremendous effort. It was challenging on many different levels and Tennis Australia should be very proud for making it possible.”