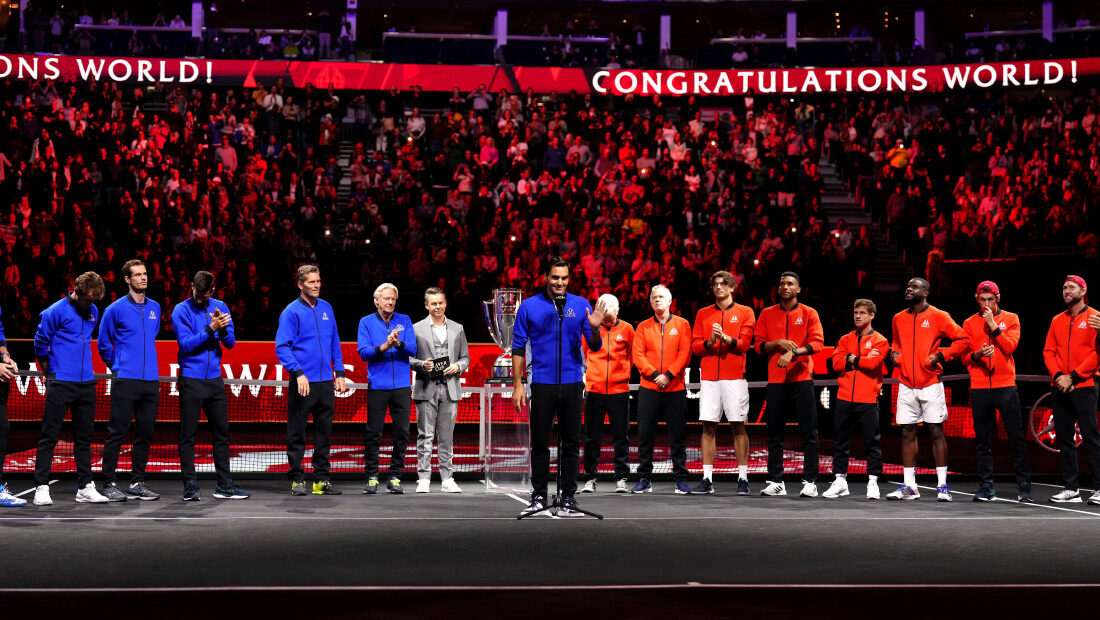 Frances Tiafoe clinched the Laver Cup title for Team World on Sunday, saving four match points to edge Team Europe’s Stefanos Tsitsipas 1-6, 7-6 (11), 10-8 and give his side a 13-8 victory.

John McEnroe’s Team entered the final day in London trailing four-time champions Team Europe 4-8. However, with each win worth three points on Sunday, Team World turned the tables in style to win the Laver Cup for the first time.

In front of an electric crowd at The O2, the American saved four match points in the second-set tie-break as he produced moments of magic in crucial moments to triumph over the Greek after one hour and 46 minutes of play.

Felix Auger-Aliassime and Jack Sock previously defeated Matteo Berrettini and Andy Murray 2-6, 6-3, 10-8 in the first match of the day.

In the following encounter, Novak faced Felix. The Canadian prevailed 6-3, 7-6 (3) to fire Team World ahead.

Djokovic broke first, but his rival responded with two breaks to grab the opening set. The two had exchanged breaks once in the second set, before the world no.13 sealed the tiebreak to score the win.