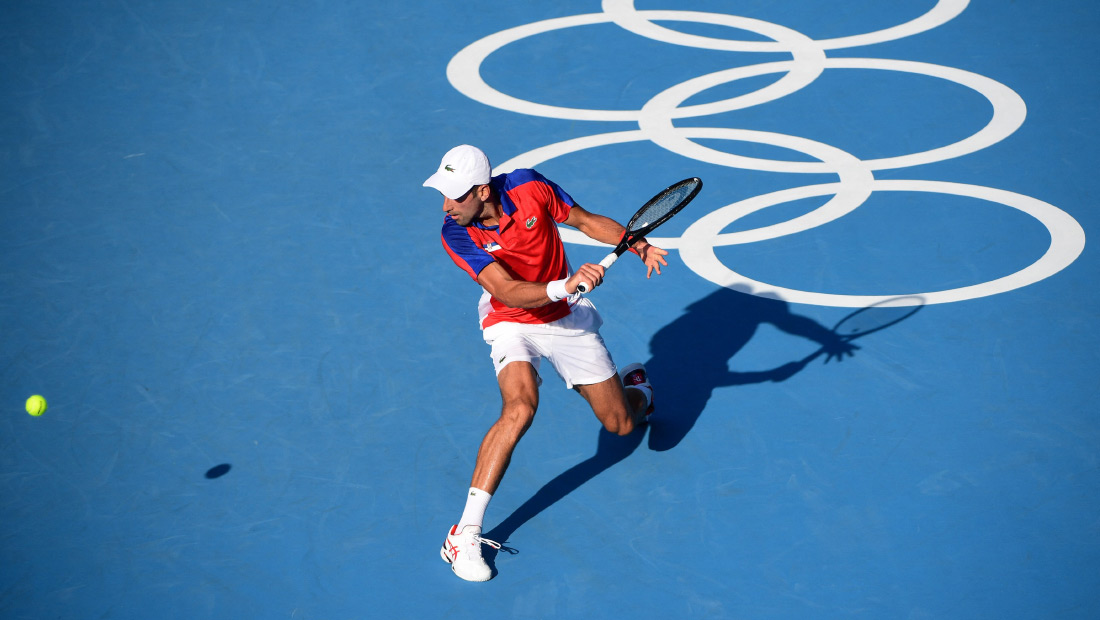 Novak finished his singles and mixed doubles campaign in Tokyo without a medal.

The sixth seed played aggressively and with great power. He broke in the fifth game of the opening set to gain the advantage. The Spaniard also earned a match point in the second set tie-break, but Novak fended it off and went on to level the contest and force a decider.

Carreno Busta raised his level in the third set to clinch his second career victory in six H2H meetings with Djokovic.

The gripping encounter in the Tokyo heat lasted two hours and 47 minutes.

This was the third time Nole has played a bronze medal match at the Olympics. He beat James Blake in Beijing 2008 but lost to Juan Martin Del Potro in London 2012.

Following the defeat, Novak and Nina Stojanovic withdrew from their mixed doubles bronze medal match against Ashleigh Barty and John Peers of Australia, due to the Serbian star suffering with a right shoulder injury.

“I do have a regret for not winning a medal for my country,” Djokovic said. “Opportunities missed both in mixed doubles and in singles. I didn’t deliver yesterday and today the level of tennis dropped, also due to exhaustion mentally and physically. I feel bad for Nina because we did not fight for a medal in mixed, but my body said ’enough’. I’ve played under medications and abnormal pain and exhaustion. My heart is in the right place, because I know that I gave my all.”

“I’ve had some heart-breaking losses at the Olympic Games and some big tournaments in my career. I know that those losses have usually made me stronger in every aspect. I know that I will bounce back. I will try to keep going for the Paris Olympic Games. I will fight for my country to win medals.”