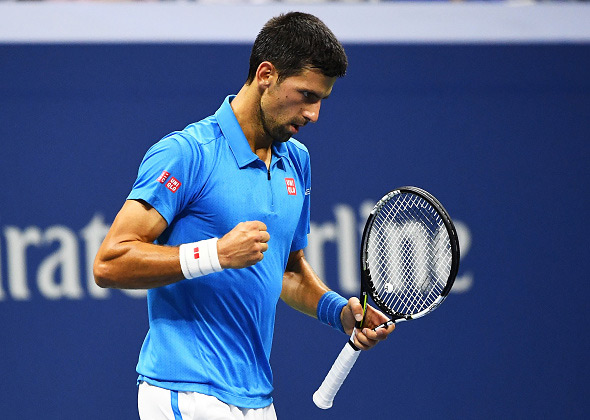 Two-time US Open titlist Novak Djokovic is through to his 10th consecutive US Open semifinal after Jo-Wilfried Tsonga was forced to retire in the third set due to a hurt left knee, trailing 3-6, 2-6.

The ninth-seeded Frenchman is Novak’s third opponent in New York to pull out with an injury. Jiri Vesely withdrew from their second round match with a sore left forearm, while Mikhail Youzhny quit after six games in round three because of a strained left hamstring.

The top seed had won 13 of the last 14 matches against Tsonga, and once again the Frenchman’s game was no match for the precision of the world no.1, who looked clean with ball striking and movement.

Tsonga double-faulted three times in the sixth game, giving away a break. He responded with a break of his own, getting the first set back on serve, but then allowed Djokovic to break him again. Novak converted his chances in the third and seventh games of the second set and closed it out with an ace. After double-faulting on the opening point of the third set, Tsonga approached the net and held out his hand to bring an end to the action after 81 minutes of play inside a closed-roofed Arthur Ashe Stadium.

“It’s never nice to be on court in the quarter-finals of a Grand Slam and retiring after a few sets. I know Jo well, he’s a fighter, I really wish him a quick recovery,” the 2016 Australian and French Open champion said. “I’m in semi-finals and that matters the most. I raised my level of performance, which encourages me. I’m not concerned by the lack of play. I put myself in a position again to be one match away from the final. As the tournament progresses, I feel like I’m getting better.” 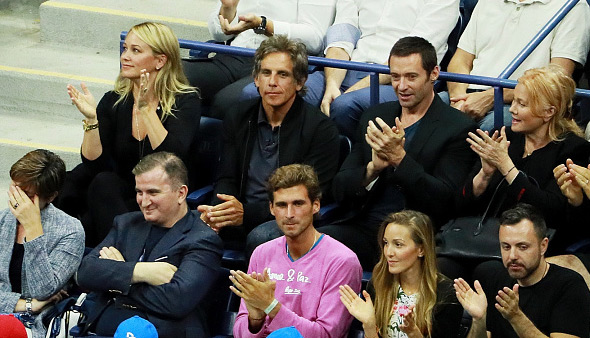 Novak will face no.10 seed Gael Monfils in the last four after the Frenchman defeated his compatriot Lucas Pouille 6-4, 6-3, 6-3 earlier in the day.

The 29-year-old Belgrade native has a perfect 12-0 record in their H2H meetings.

Looking ahead to the Monfils challenge, Djokovic said: “On the hard court this year, Gael is playing the best tennis he’s ever played. He’s very consistent. He hasn’t dropped a set before the semis. That says a lot about the level he’s at. Definitely expecting a tough battle.”