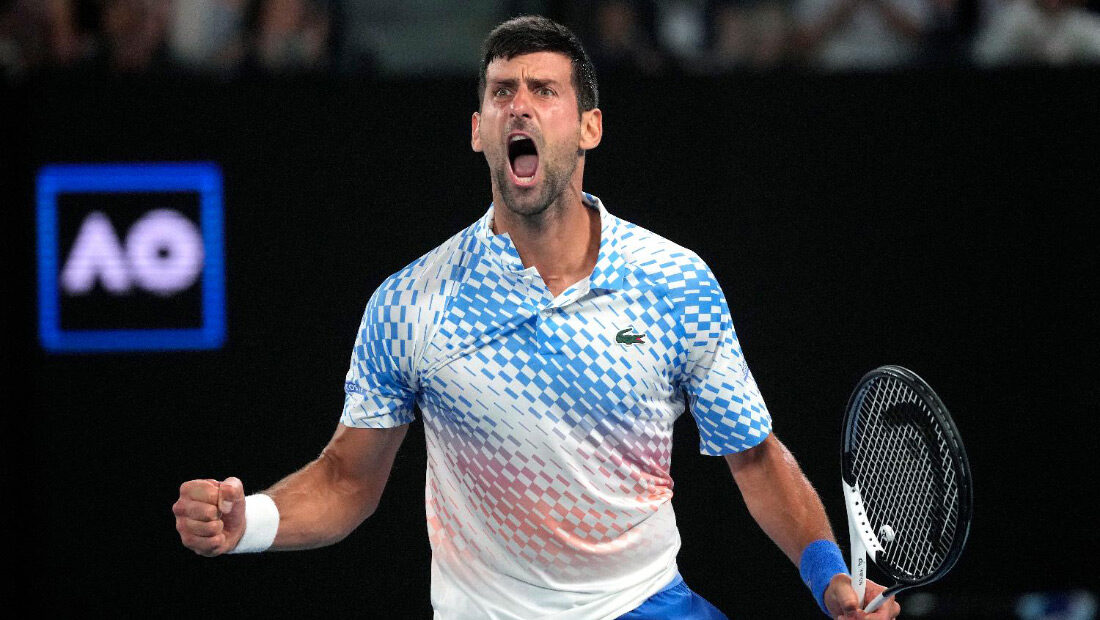 No.4 seed Novak Djokovic is through to the last four at the first Grand Slam event of the year following an outstanding quarter-final display and a commanding 6-1, 6-2, 6-4 victory over fifth seed Andrey Rublev on Rod Laver Arena on Wednesday evening.

Novak was immediately in the driving seat, determined to win in straight sets. The 35-year old Serbian star dominated from the word go, with all guns blazing.

Djokovic broke five times from 14 opportunities and saved each of the five break points he faced in the two-hour, three-minute encounter with the Russian.

“I cannot be happier with my tennis, honestly,” said Novak. “I’m playing very solid from the back of the court and really love playing in these conditions on this court. It’s definitely the most special court for me. Overall I think that the scoreline in the first two sets doesn’t speak the truth or the reality of the match. It was some really close games that we had. Andrey is a great opponent, a great player. I’ve got tons of respect for him, one of the biggest forehands, one of the the quickest players on the Tour. If I have to sum it up, all the important shots, the important moments I found my best tennis. So that’s what makes me the most pleased tonight.”