US Open: Nole in Federer’s half, R1 vs Troicki! 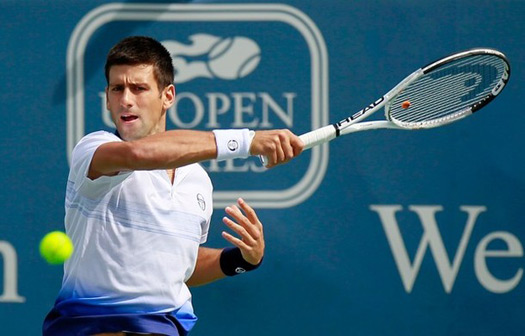 Three more days are left till the beginning of the last Grand Slam tournament in 2010 – US Open (hard,$ 22,668,000). The organisers have made the main singles draw on Thursday.

Novak Djokovic is the third seed of the tournament.

In his sixth appearance in Flushing Meadows, the best Serbian tennis player and last year’s semifinalist will start the tournament with the match against his friend and compatriot, no.45 in the ATP rankings Viktor Troicki. Novak and the 24-year old fellow Serbian have met five times, Djokovic leads 4-1.

If Nole successfully passes the first step towards the trophy, he will face the winner of the match between world no.51 German Philipp Petzschner and a qualifier.

The world no.3 might play against Juan Monaco (ARG,30) or James Blake (USA) in the third round.

Novak’s best result at US Open was in 2007 when he was runner-up (lost to Roger Federer).

Both the men’s and women’s US Open singles champions will earn a record $1.7 million with the ability to earn an additional $1 million in bonus prize money based on their performances in the Olympus US Open Series.