US Open SEMIFINAL: Nole vs Wawrinka (Saturday at 18.15 CET) 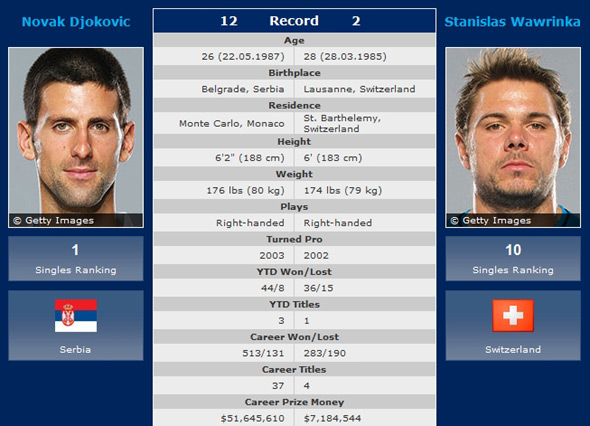 Novak will face a master of the single-handed backhand, no.9 seed Stanislas Wawrinka, for a place in Monday’s final.

Djokovic leads their ATP Head2Head career record 12-2, having won the past 11 meetings.

“The match with Stan in Melbourne was one of the most exciting I have played on hard courts,” said Novak, bidding to make a fourth successive New York final.

“In the past we knew that Stan had the quality to play well but not on a consistent basis. Now he has improved his movement and has a greater variety of shot. He is a very complete player. He can play equally well on any surface. He had one of the best seasons I think in his life. He won in straight sets against defending champion on Arthur Ashe. That was quite impressive. I’m sure he’s very confident and he has nothing to lose now. He’s going to go for the win.“ 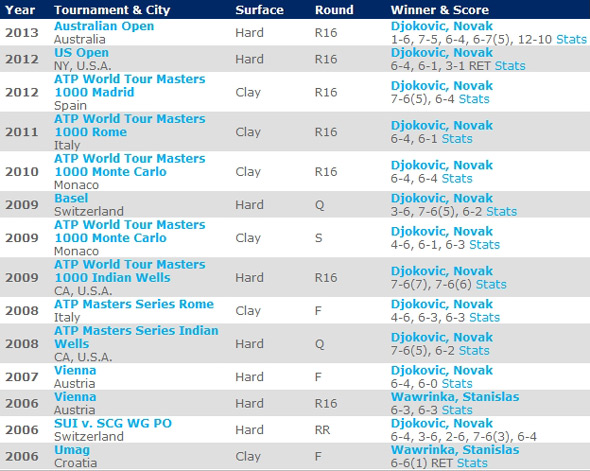 Novak has spent a total of 8 hours and 46 minutes on court, four hours and 12 minutes less than his Swiss opponent, who will play in his first Grand Slam semifinal on Saturday.