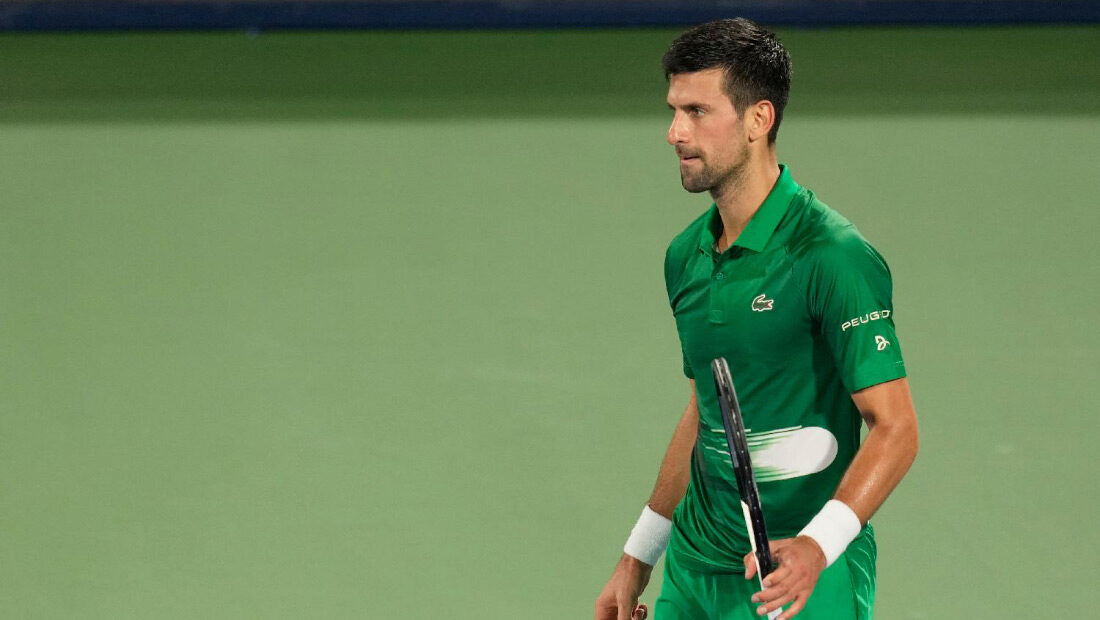 The top seed at the Dubai Duty Free Tennis Championships failed to reach semi-finals of the ATP 500 event on Thursday.

World no.1 Novak Djokovic will fall to no.2 in the ATP Rankings for the first time since February 2020 on Monday, following a 4-6, 6-7 (4) loss to Jiri Vesely in the Dubai quarter-finals.

Djokovic has spent a record 361 weeks at the summit of men’s professional tennis.

The Czech qualifier played aggressively to clinch the win in one hour and 57 minutes. He is now 2-0 against Novak in their ATP H2H series.

Novak was broken in the opening game of the match. He fought back in the fourth game to level, but Jiri put the pressure on the Serb again in the seventh game and capitalised on his opportunity to take the first set.

The second set followed the similar pattern, with the world no.123 breaking first. Djokovic equalised in the 10th game for 5-all. The outcome was determined in a tie-break. Vesely prevailed 7-4 to advance into the last 4.

“Unfortunately, it wasn’t my day. I congratulate Jiri. He played better. He just went for his shots. His serve was big. His whole game was big,” Novak said. “The more matches I play, the more comfortable I get on the court. I didn’t have many matches at all last few months. I’ll have to follow the situation, see how it goes. Wherever I get an opportunity to play, I will. Hopefully that will be soon,” added Djokovic.

The 34-year-old Belgrade native was competing in his first tournament of the year this week in Dubai.

On Monday, February 28, Daniil Medvedev will ascend to the world no.1 ranking.