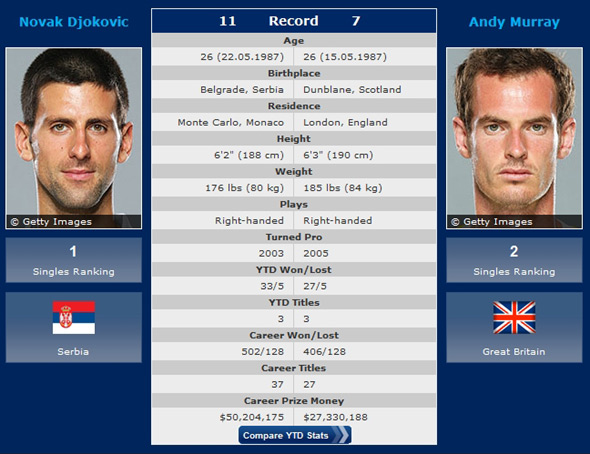 No.1 and no.2 seeds of the 2013 Wimbledon, Nole and Andy, are into the finals of the 127th edition of The Championships after six wins in the main singles draw.

The finals of the third Grand Slam of the season will be the 19th match between the Serb and a week older Brit. Novak leads their Head2Head series 11-7. He won their last three encounters; Andy won their only match on grass, the 2012 London Olympics semi-final.

It will be the fourth Major final that childhood friends have contested. Djokovic triumphed when they met in the Australian Open finals in 2011 and 2013, while Murray won his first GS trophy when he defeated the Serb in five sets in the 2012 US Open final.

While Nole is chasing his seventh Grand Slam title and second at the All England Club, the 2012 runner-up Murray is bidding to become the first British male to win Wimbledon in 77 years, since Fred Perry lifted the trophy in 1936. 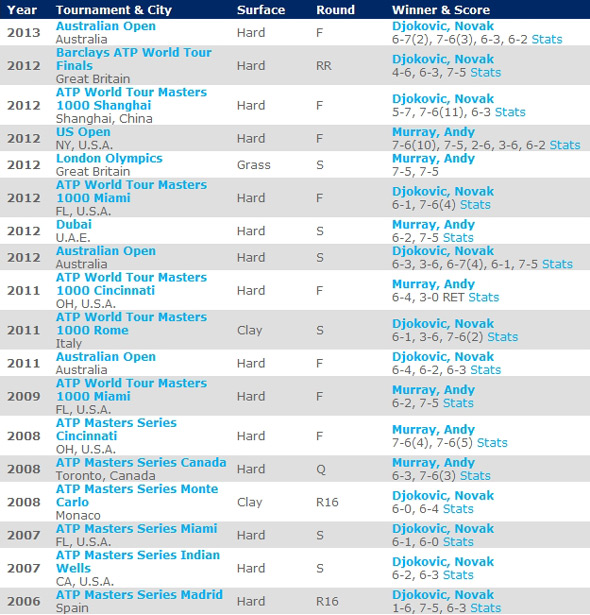