Wimbledon: Novak vs Mayer in R1; Andy, Roger, Rafa all in bottom half 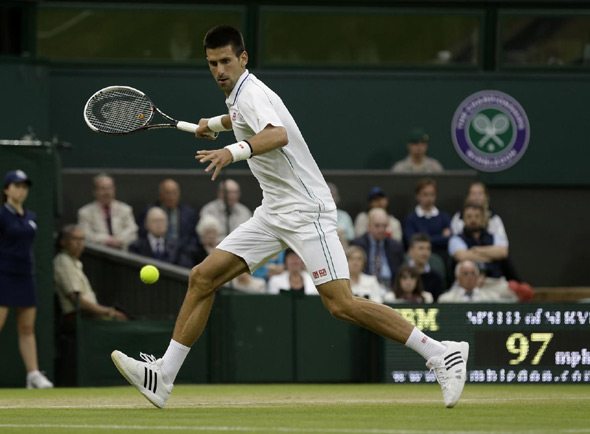 The third Grand Slam of the season, the only grass court Major event, will be held from June 24 to July 7, at the All England Lawn Tennis Club.

128 players will be playing  for The Championships trophy and 2000 ATP points.

In his ninth appearance at Wimbledon, Nole will open campaign for a second title against world no.33 Florian Mayer (3-0 career H2H record).

“He’s a tricky player,” Novak said of his German opponent. “He has a bit unorthodox game. He can be very dangerous on this surface. He loves playing on grass. He can serve well and has a strong backhand.”

The top seed and 2011 champion might face the winner of the all-American clash between Bobby Reynolds and Steve Johnson in the second round.

The world no.1 is looking to win his fourth title in 2013 after triumphing in Melbourne, Dubai and Monte Carlo.