World’s Top 20 To Compete In Shanghai! 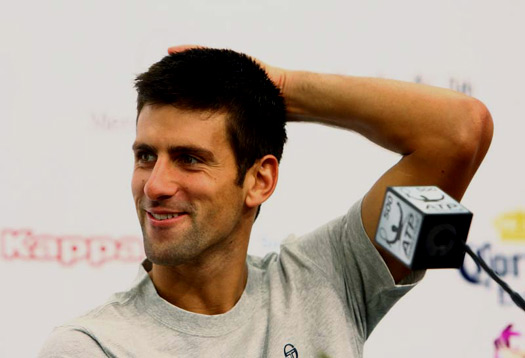 07. 10. 2010. · World No. 1 Rafael Nadal and every player in the Top 20 of the South African Airways 2010 ATP Rankings will compete at the Shanghai Rolex Masters next week, when the Qi Zhong Stadium will play host to what promises to be the greatest tennis championship ever played on the continent.

“We are the only ATP Masters 1000 outside North America and Europe so it’s only fitting that we have the draw that we are expecting,” Tournament Director Michael Luevano said. “This is the only tournament in the region that will showcase both the Grand Slam winners from 2010, Rafael Nadal (French Open, Wimbledon and US Open) and Roger Federer (Australian Open), as well as all the finalists from those events, Andy Murray (Australian Open), Robin Soderling (French Open), Tomas Berdych (Wimbledon) and Novak Djokovic (US Open).

“Everyone is buzzing with excitement and sports fans in Shanghai will be ecstatic with the excitement and atmosphere that is going to unfold at Qi Zhong from this Sunday. The stadium will be a hive of activity with the center court and the new show courts that were used for the first time last year, promising to provide a schedule that will be extraordinary.”

“All along the slogan for the Shanghai Rolex Masters has been ‘Simply the Best’. It has always been our mantra to give the public a great experience when they come to the tournament; we believe we are doing that,” Tournament Director Leon Sun said. “All this only emphasizes our title as ATP Masters 1000 Tournament of the Year.

“Good tickets are still available but in the last two weeks ticket sales have gone through the roof and that shows how much the fans here are looking forward to the tournament.”

Defending champion Nikolay Davydenko will be looking to retain the title he won last year over Nadal, while the Spaniard wants to win his first title in the leading city for Asian tennis and the only area where he has not won a major title.

Federer will be chasing the form that saw him win the Tennis Masters Cup in Shanghai and the same goes for Djokovic, while the likes of Murray and Andy Roddick will be doing all they can to steer the title in their respective directions.

In addition to the amazing tennis that will be on show, Qi Zhong will provide plenty of off-court activity during the week, including links to the fabulous EXPO which is currently in full swing in Shanghai. More details to be unveiled in the next few days.