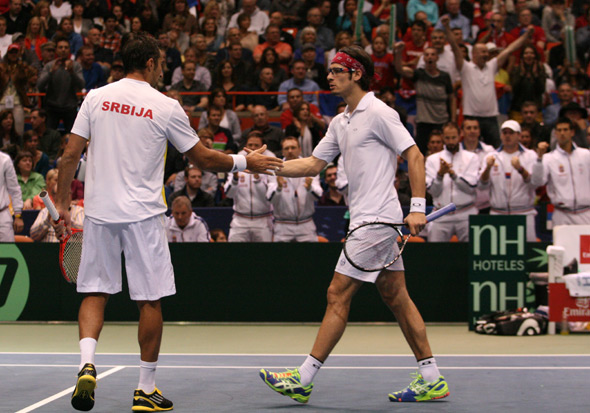 Serbia’s Nenad Zimonjic and Ilija Bozoljac recorded a remarkable doubles victory in their Davis Cup by BNP Paribas quarterfinal against USA on Saturday to put the visiting team 2-1 up in the tie ahead of Sunday’s reverse singles in Boise, Idaho.

Nenad and Ilija raced to a two sets to love lead before Bryans fought their way back to force the match into a decider with the momentum on their side.

The final set was a tense affair with neither side giving their opponents much of a chance to break until 13-13 when Zimonjic and Bozoljac finally found a way through.

With Nenad serving for the match, the Serbs fought off two break points before the former doubles world no.1 closed out the marathon with an ace converting the 2nd match point.

Serbia need one win to reach the Davis Cup semi-finals for the third time in four years.

World no.1 Novak Djokovic will have an opportunity to clinch the tie on Sunday in the first match when he meets the top-ranked American Sam Querrey at 12.00 local time (20.00 CET). Viktor Troicki will follow against John Isner in the final rubber. 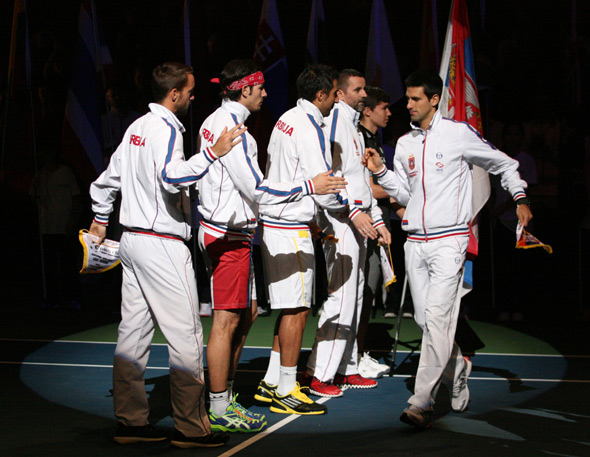