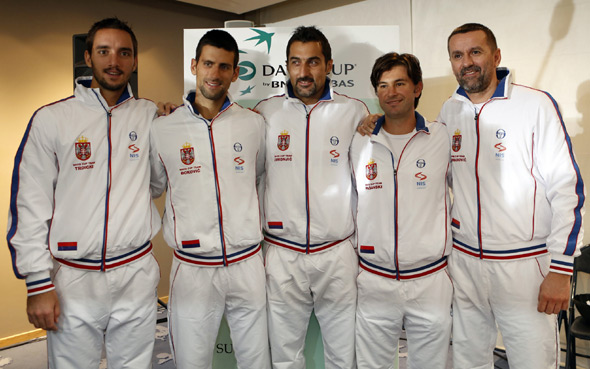 The visitors proved too strong for Belgium, taking an unassailable lead when Nenad Zimonjic and Viktor Troicki completed a 3-0 victory beating Ruben Bemelmans and Steve Darcis 6-4, 6-4, 5-7, 6-4 in Saturday’s doubles rubber.

Viktor Troicki and world no.1 Novak Djokovic had put Serbia in a strong position with their singles wins over Goffin and O.Rochus on the first day, which put the pressure on Belgium heading into the doubles.

Serbia will play against the USA away on April 5-7 for a berth in the last four and faces a tough task against the team they beat in the 2010 first round tie on home soil in Belgrade Arena en route to their maiden Davis Cup title. The Americans defeated Brazil 3-2.