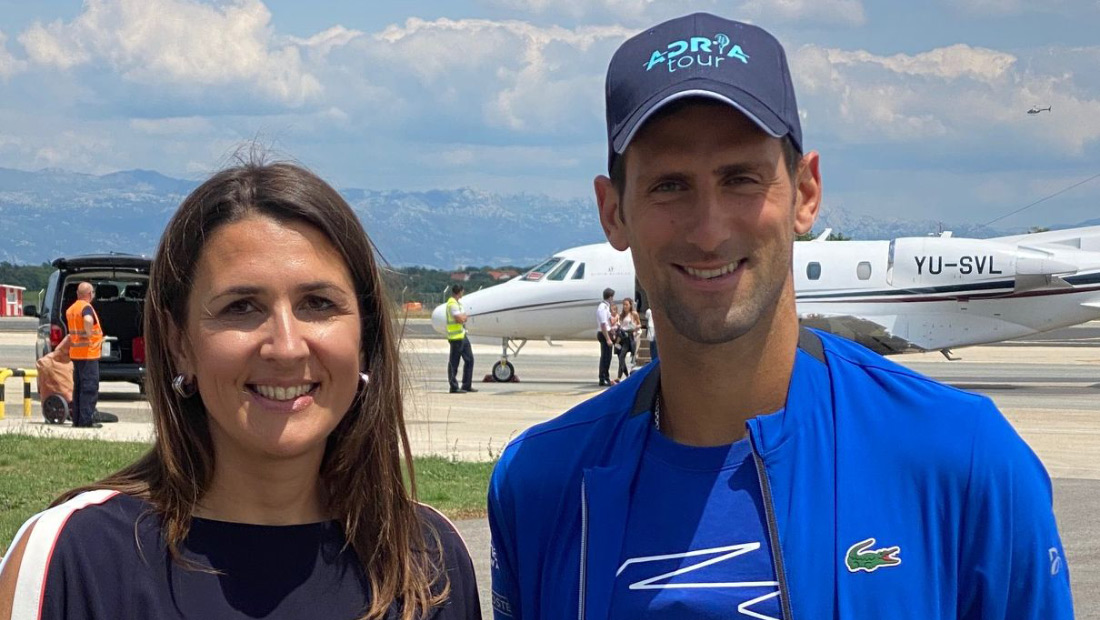 Novak arrives in Zadar, Croatian Tennis Association president greets him at the airport

World no.1 Novak Djokovic arrived in Croatia, where Adria Tour is set to continue after the first leg was held in Belgrade with great attendance last weekend.

Something similar is expected in Zadar, where the best Croatian tennis players, Marin Cilic and Borna Coric, will join Novak, Grigor Dimitrov and Alexander Zverev.

Novak was welcomed at the airport in Zadar by the president of the Croatian Tennis Association, Nikolina Babic.

“Welcome to Zadar and Croatia. We are grateful that the Adria Tour this weekend is in this city that lives for sports. This tournament is an immense sports and tourist promotion for Croatia,” Babic said.

The tournament in Zadar will be officially opened on Friday at 5 pm, after which Novak will play an exhibition match with other tennis stars. The competitive matches are scheduled on Saturday, June 20, starting at noon, and on Sunday, June 21, starting at 2 pm.

“I am looking forward to coming and being in Zadar for the first time. I am grateful to all the tennis players who responded, to the Croatian Tennis Federation, to everyone in the organization, to the musicians who will take part, and I can’t wait to go out on the court. This tournament will send a wonderful, strong and positive message to the whole world because Zadar will be the sports center of the world over those three days,” Djokovic said ahead of the Adria Tour tennis spectacle at SC Visnjik.

In addition to tennis, the audience will have the opportunity to enjoy performances by Croatian pop singers Gibonni and Petar Graso.

The final leg of the charity event is to be staged in Banja Luka (B&H) on July 3-4.