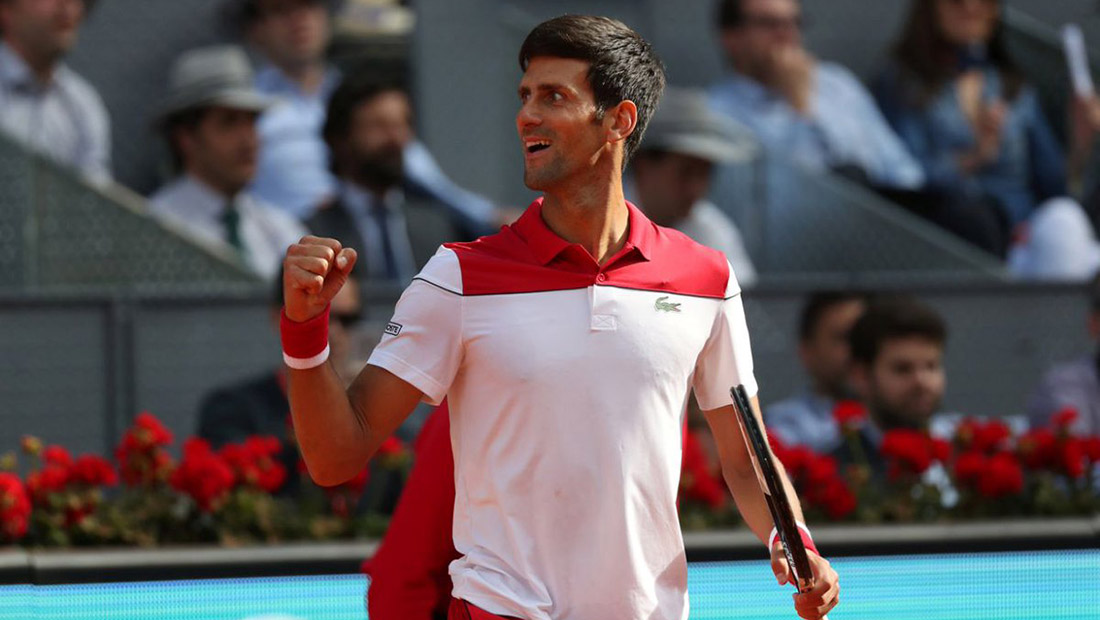 Novak breezes past Dolgopolov with ease

Novak Djokovic, the 11th seed, had no trouble defeating Alexandr Dolgopolov in straight sets 6-1, 6-3 in the first round at the Internazionali BNL d’Italia on Monday.

The Serbian star, who was crowned Rome champion four times, felt comfortable on court and needed just 55 minutes to clinch a straightforward win and remain perfect in H2H meetings with the Ukrainian (6-0).

Novak broke his rival three times in the opening set to move ahead in just 20 minutes. A break in the fourth game of the second set was enough for the Belgrade native to seal his 790th career win. He served it out to love, ending the contest in convincing fashion.

“Rome has always been a place where I’ve felt good, received a lot of support, where I’ve played well and obtained a lot of great results and today’s match encourages me and gives me reason to believe that it can be a good week for me,” Djokovic said. “I would like to go all the way but at the same time, looking at my results, I have to be a little bit more modest with expectations.”

Novak will look to get another victory under his belt on Wednesday against world no.74 Nikoloz Basilashvili (GEO). It will be their first career meeting.