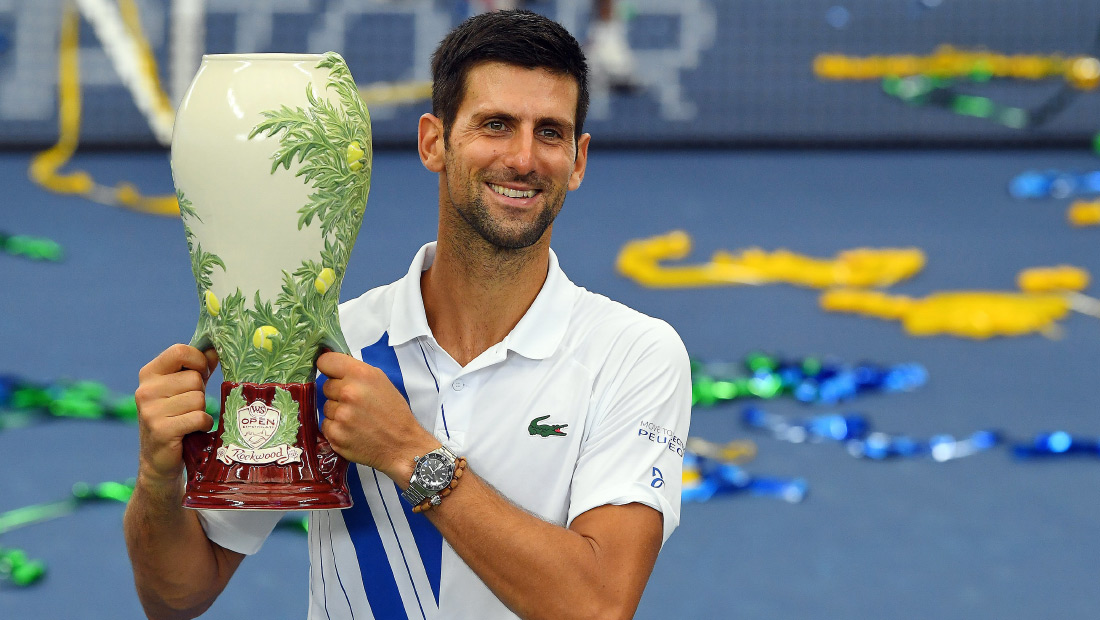 Nole is the only player in history to win all nine ATP Masters 1000 titles twice!

The 33-year-old Serbian star is now tied with Rafael Nadal for most ATP Masters 1000 trophies (35).

Raonic came out firing, playing aggressively and pressuring the top seed with his big serve. The Canadian broke Djokovic twice and closed out the first set without facing a break point.

But just like he did against Bautista Agut on Friday, Novak dug deep to come back and took the match to a deciding third set.

Raonic made an early break for a 2-0 lead, but once again, Djokovic raised his level under pressure and got right back on serve. Another break in the fifth game was enough for the Serb to seal the win.

“I would like to thank my team for hanging in there. Tough match yesterday, three hours,” Djokovic, who is a perfect 23-0 in 2020, said. “I would like to take this opportunity to say hello to all the Cincinnati fans and tennis fans around the world. We miss you guys. It feels quite strange to be in these conditions and circumstances, but we all hope for a better tomorrow and you are one of the biggest reasons why we play professional tennis, so hopefully we can see you very, very soon.”

Novak lifted the trophy in the first tournament since the ATP Tour was suspended due to Covid-19 pandemic in March.

Djokovic stays in New York for the second major event of the season, the US Open (August 31-September 13). He’s no.1 seed and will face Damir Dzumhur in R1.

The Grand Slam tournament will be played at the USTA Billie Jean King National Tennis Center without fans in attendance.