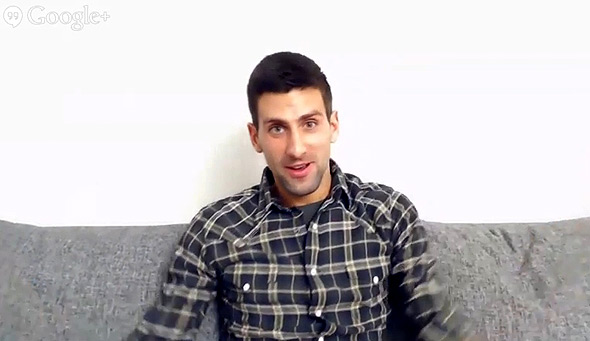 Round 15 of Nole4U Q&A was streamed LIVE on Wednesday evening via Nole’s official Youtube channel.

“Hello to everyone and welcome to Nole4U! This is probably the first Nole4U that we have done and we are doing in a long time. First of all, I want to thank you all for joining me for this little hangout, and as always, I’m going to promise you that I will try to do my best to have as many of these online hangouts with you,“ Nole began this little gathering with fans, live from Monte Carlo, where he is spending time with his wife Jelena and their baby son Stefan, ahead of the IPTL exhibition matches in India and UAE.

The 27-year-old Serbian star thanked his #NoleFam for their support and dedication, and for submitting some really great questions via Twitter, Facebook, Sina Weibo, Tencent and other social media platforms.

He talked about spending time on days off, enjoying with his newborn son, watching his every move and reaction…, about his love for the nature and outdoor activities.

Novak gave some pieces of advice to junior players and to parents of children playing tennis, and also talked about his best memories from China and his Chinese fans.

For everyone who couldn’t make it to the event, here is the full video.