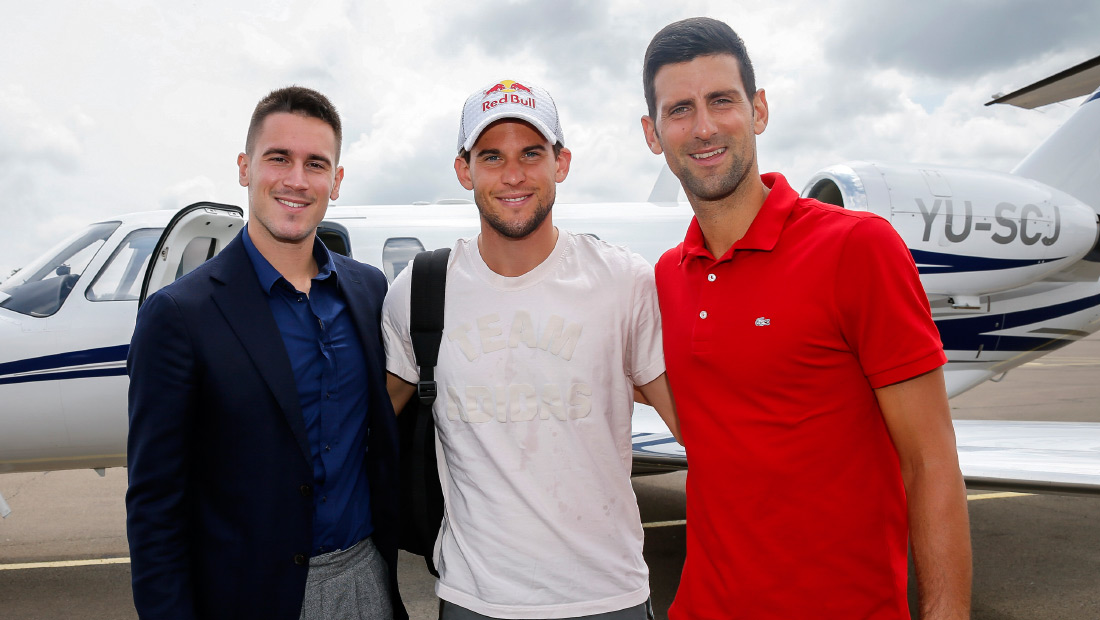 The world no.1 tennis player, Novak Djokovic, host of the Adria Tour along with his brother Djordje, who is also the tournament director, made a warm welcome for the Austrian Dominic Thiem and German Alexander Zverev in Belgrade. The two tennis stars were greeted by the Djoko brothers at the airport.

The both players expressed their delight with the welcome they received, adding that they were happy to come and participate in the Adria Tour.

“Thanks to Novak for organising a charity event like this, with aim to raise funds for humanitarian projects across the region. We will do our best to provide great tennis performance and bring spectacle and great entertainment to the audience,” Thiem said. 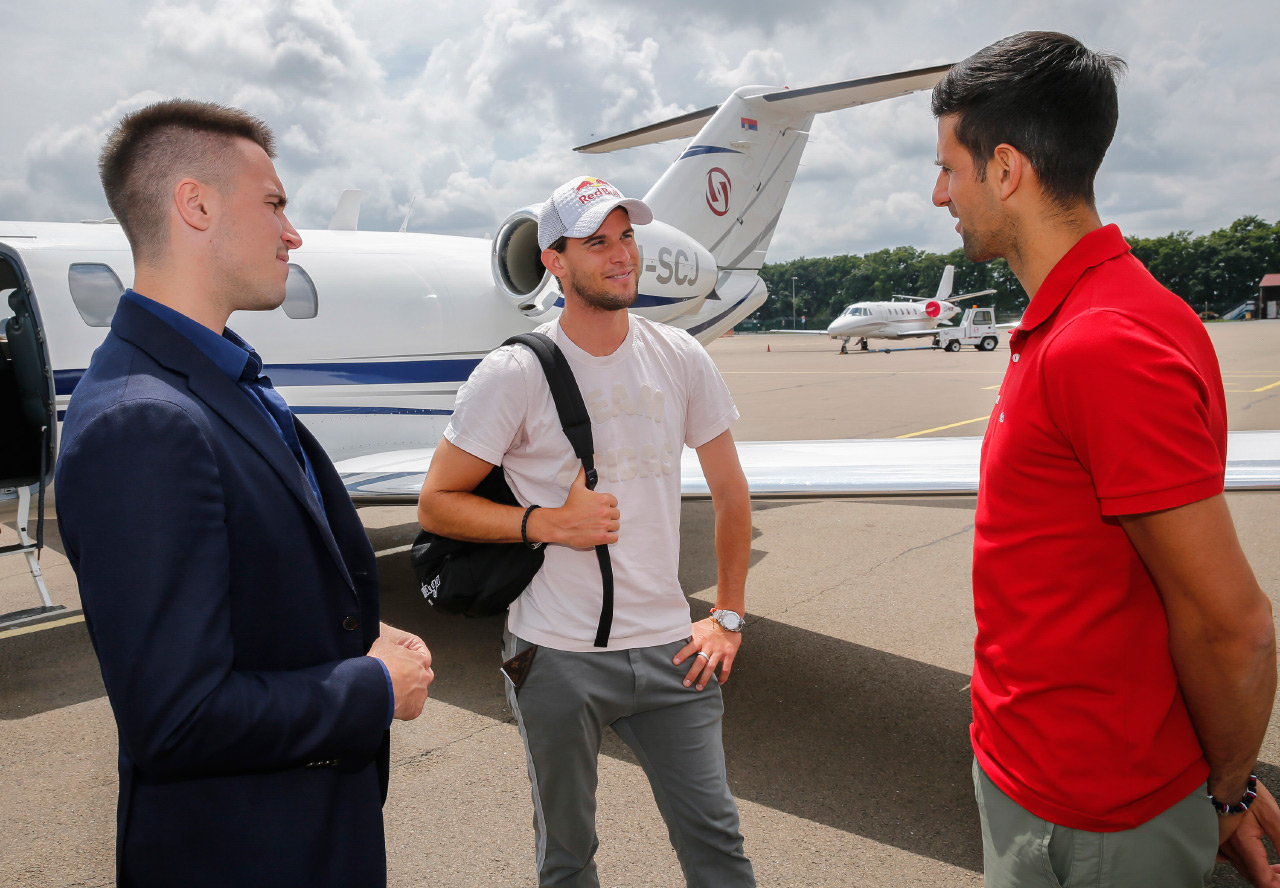 Zverev arrived with his girlfriend and some other members of the team.

“I miss hanging out with tennis players. We haven’t seen each other since Indian Wells. I’m sure this is going to be a remarkable event, in the city I haven’t been to in a long time. Belgrade remained in my fond memories. Here and also in Novi Sad I used to play futures, but I didn’t get to see much,” the German explained. 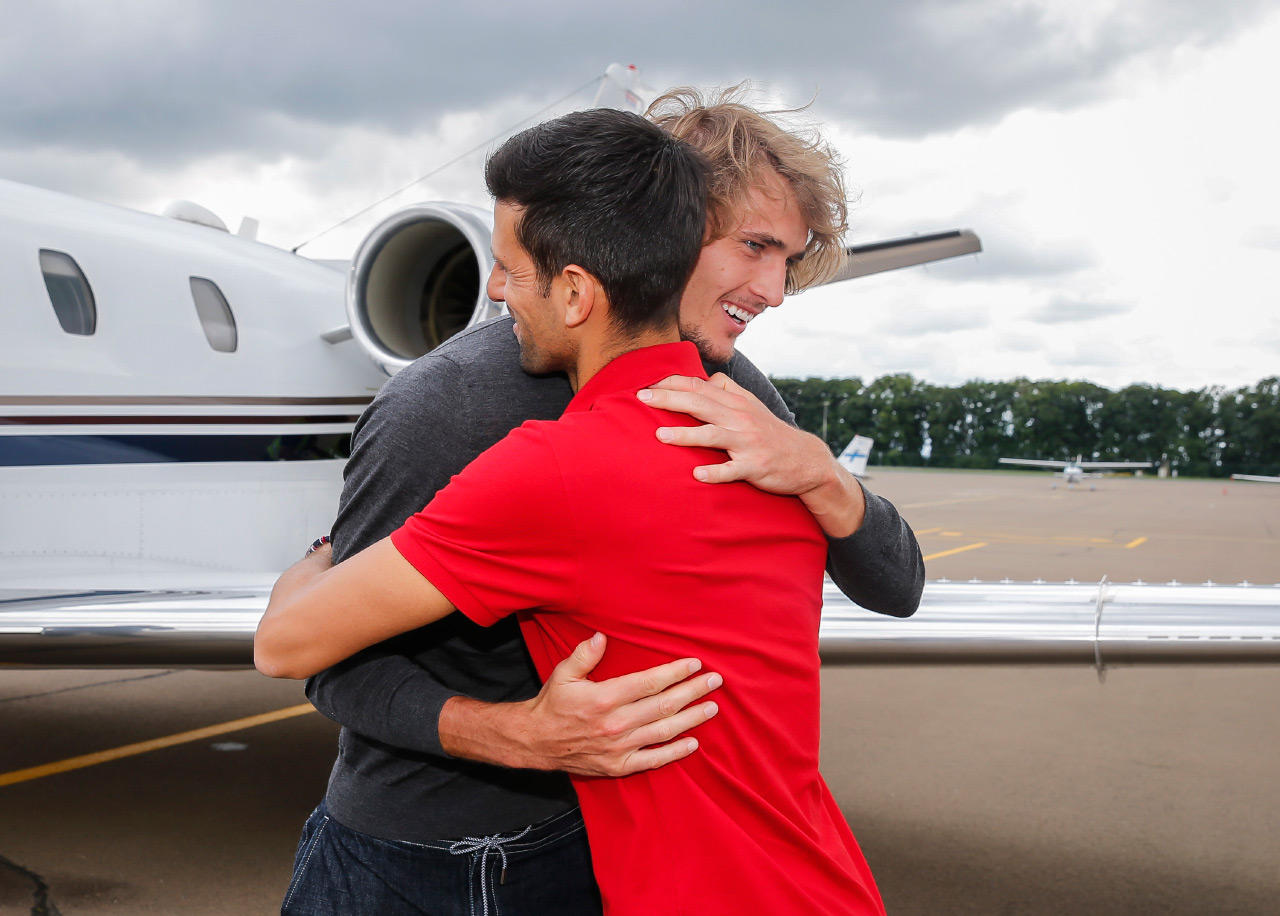 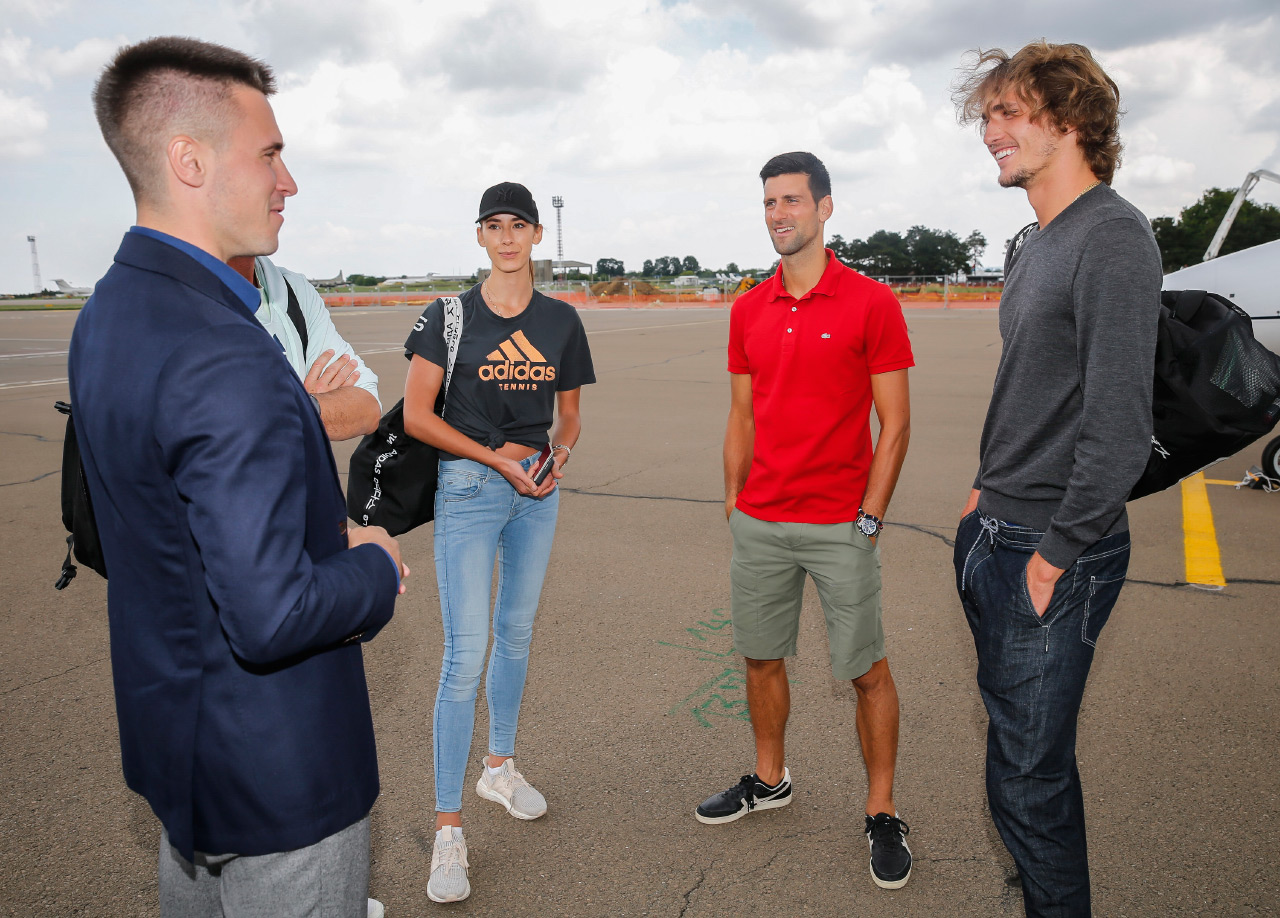 The Adria Tour starts tomorrow, and the official opening ceremony starts at 4 pm, followed by the mixed doubles (Jelena Jankovic/Novak Djokovic vs Olga Danilovic/Nenad Zimonjic). After that, around 6 pm, men’s doubles will be played, featuring Dimitrov, Zverev, Troicki, Zimonjic, among others.

A special part of the program is reserved for the draw, which will be done by the tennis players, hitting a certain target with their serve, which will include the name of their opponent in the group.