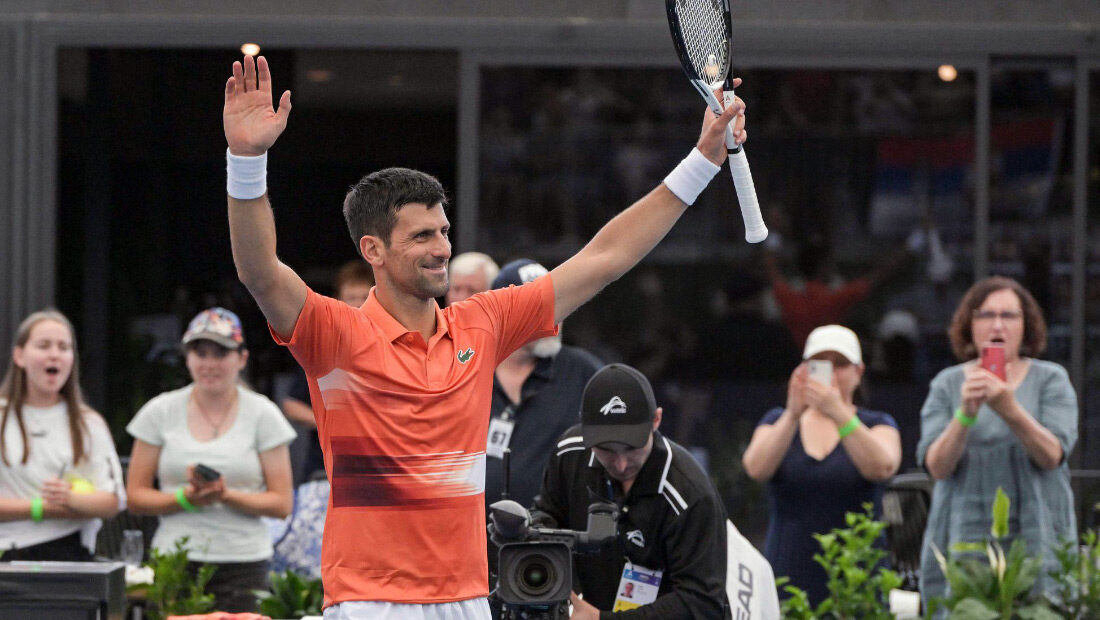 World no.5 Novak Djokovic outplayed Denis Shapovalov 6-3, 6-4 in one hour and 55 minutes on Friday to advance into the Adelaide International 1 last four.

The 2007 champion was more clinical at key moments. The three breaks he made were enough for him to complete the eighth triumph in as many meetings with the Canadian. He saved three of the four break points he faced, and won 78% of points behind his first serve.

“I think the scoreline probably doesn’t give you the right idea of what happened on the court. It was such a close match,” Djokovic said. “It was almost two hours for two sets. The first set was extremely exhausting for both of us. We pushed each other to the limit physically, lots of long exchanges, rallies, the first six, seven games. Early on he was a better player. He was dictating. Then, you know, I started finding my serve and my groove on the court. I just made him play. I felt he was a bit nervous. That’s what happens, the change of momentum happens very quickly on this level.”

For a place in the ATP 250 event final, Novak will face third seed Daniil Medvedev.

The Serbian star holds an 8-4 lead in his ATP H2H series against the Russian.

“He’s definitely one of the best players in the world for the past five years. He’s established himself as a Grand Slam winner and a no.1 in the world, so he’s someone I respect a lot. We had some amazing battles over the years and I’m hoping for another good battle tomorrow,” Djokovic said of his clash with Medvedev.

The top seed is chasing his 92nd tour-level title.