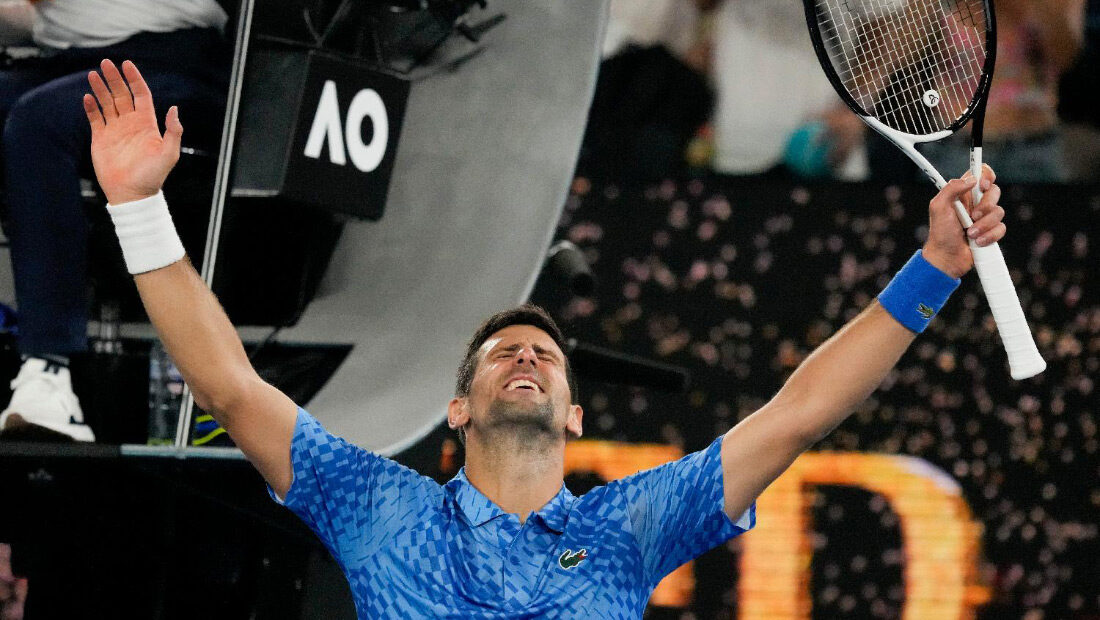 Nole is through to the fourth round of the Australian Open for a 15th time!

No.4 seed Novak Djokovic delivered another solid performance on Saturday at the Australian Open, when he outplayed Grigor Dimitrov in a hard-fought 7-6 (7), 6-3, 6-4 third-round win on Rod Laver Arena.

Djokovic was struggling with the hamstring injury and looked in discomfort throughout his clash against the 27th seed, but he dug deep to overcome the challenge and advance to the last 16.

Novak broke in the very first game and consolidated it for 2-0 lead. Dimitrov saved three set points in the ninth game, then Djokovic was serving for the set at 5-4. The 2017 Melbourne semi-finalist broke back to level and then held to go in front. The Belgrade native fended off two break/set points at 5-6 to force a tie-breaker, which he eventually won 9-7 after saving one more set point.

The Serbian star struck the ball confidently in the second set and a break in the sixth game was enough for the nine-time titlist to go up two sets to love.

The two played a seesaw third set, with many breaks. Djokovic made a double break for 3-0 lead. Dimitrov got one break back, but then suffered another one. The Bulgarian broke one more time in the sixth game, but could not do more against the 21-time Grand Slam champion. Four games later, Novak served it out to move into the round four.

Djokovic won 75 per cent of his first-serve points to improve to 10-1 in his ATP H2H series against Dimitrov. He was 15/20 on net approaches.

“Every point and game mattered,” Nole said. “The tiebreak was probably one of the most important moments in the match. To prevail and get a set ahead. Being a set down or a set up is a big difference. Mentally and physically. Kind of went up and down feeling physically with my leg. I just found a way to win in such an exciting match, big battle, over three hours for three sets. If I lost one of these sets, we could have gone the distance. I’m really fortunate to get through in straight sets. Grigor is someone that I truly admire and respect. It was an incredible battle.”

Novak meets 22nd seed Alex de Minaur next in what will be their first career meeting.

“Of course, it’s a big challenge of playing an Aussie guy here in front of his home crowd. I’m sure that the atmosphere will be electric, and he’s going to have a lot of support, and he’s going to be pumped to try to win the match,” said Djokovic. “The fact that I never faced him is also challenging for both me and him. I’ve watched him play numerous times. I know how he plays. Let’s see what happens.”