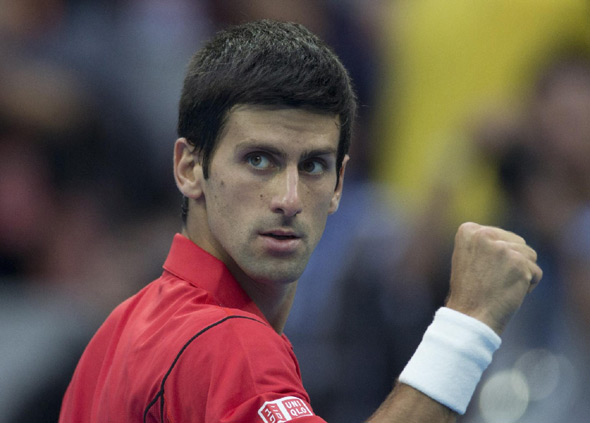 The world no.1 was in devastating form at the National Tennis Stadium, losing just five points on serve. He landed 89% of his first serve points and converted four of his 12 break point chances, two in each set.

“To get free points on your serve is necessary and needed,” said Novak. “I played a big server tonight. I managed to read his serve well and managed to always make him play an extra shot. I think that was a perfect performance overall. Good combination between serving efficiently and returning basically every serve back.”

Looking ahead to the match with the ATP no.10, Novak said: “He was always one of the most talented players in our generation. I think in the last two years he’s been playing the tennis of his life. In terms of consistency, he’s up there. I’m expecting a tough match for both of us. There is no question about it. I need to be aggressive. I know what I need to do against him. Hopefully it’s going to work.”

Rafael Nadal (ESP, 2) will take on Tomas Berdych (CZE, 4) in the second semi-final.

Djokovic has a perfect 17-0 mark in Beijing and is bidding to win the title for the fourth time, following victories in 2009-10 and 2012.