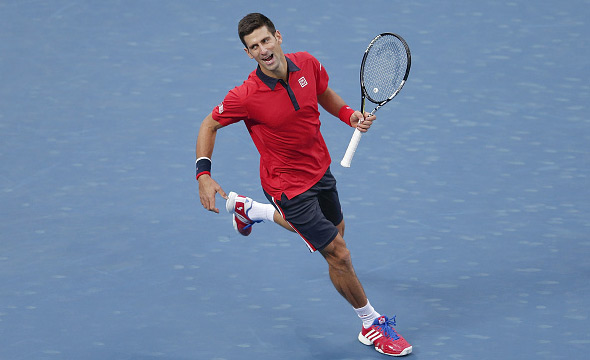 Novak Djokovic, the no.1 seed from Serbia, enjoyed a crushing 6-2, 6-2 victory over John Isner on Friday to book his place in the China Open last four.

Nole won 80% of points on his first serve and broke the sixth-seeded American on four occasions, twice in each set. The five-time champion raced to his 66th victory in 2015 and eighth career win over Isner in just 52 minutes.

“Today was a great match,” said Novak. “Obviously the fact that he served that high of a first percentage of serves in and I managed to break him twice says enough about the quality of the return that I had today. That was the key to winning the match. I was managing to pick up balls from each corner on the return. I was feeling like I can get a lot of balls back in play and make him move, which was one of the intentions tactically in order to be successful today.”