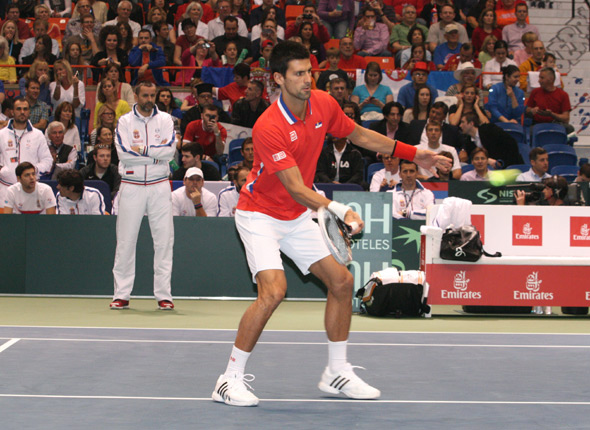 Novak Djokovic gave Serbia the early lead over the USA with a comfortable straight sets victory over John Isner in the opening singles rubber of the Davis Cup by BNP Paribas quarterfinal tie.

The reigning world no.1 was just too solid for his opponent, winning 7-6, 6-2, 7-5 in two hours on the hard court at the Taco Bell Arena in Boise, Idaho.

Djokovic was broken in the third game, but he broke back three games later to level the result. One mini break was enough for the 25-year-old Belgrade native to win the opening set tie-breaker 7-5 after 44 minutes of play.

Nole broke twice in the second set, in the third and seventh games, for convincing 6-2.

The Australian Open champion made a crucial break in the eleventh game of the third set and served it out 7-5 for his 20th victory of the season (21-7 singles record in Davis Cup).

“It’s a huge advantage to start with a win, hopefully we can get another point today,” Novak said. “The experience I have from past in this competition, playing against big servers, maybe helped me today to understand what I need to do on the court. I stayed composed, very patient and waited for my chances. I returned well when I needed to, and served really, really consistently well, on high level.”

Novak looked very sharp during the match in which he converted all four of his break points, and won 86% of points on his first serve. 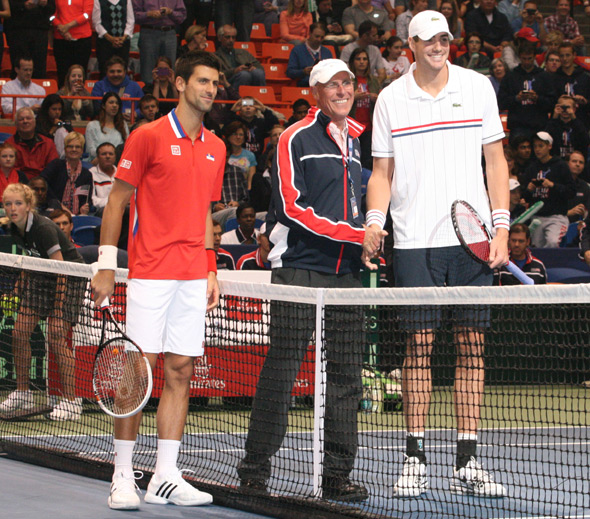 Saturday doubles rubber will feature Nenad Zimonjic and Ilija Bozoljac against the most successful duo of all-time, Bob and Mike Bryan.

In the reverse singles on Sunday, Novak will play Sam Querrey at 12.00 local time (20.00 CET), followed by Troicki vs John Isner.

Serbia is aiming to reach the Davis Cup semifinals for the third time in four years.

The winner of the tie will face Italy or Canada for a final spot.