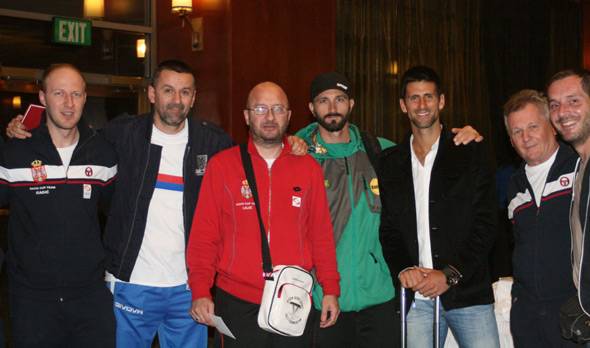 World No. 1 Novak Djokovic has been nominated to play in the Davis Cup by BNP Paribas World Group quarterfinal against USA on 5-7 April.

Novak joined his teammates in Boise yesterday. He will once again lead the 2010 champions, Serbia, against the most successful Davis Cup nation, in what is sure to be one of the most closely contested ties of the weekend.

“I am glad that I’ve joined the team of Serbia again for our quarter-final match against the USA,” Novak said. “Boise’s altitude goes in the favour of the American team – that’s why they chose the place – because of the big serves of Isner and Querrey. It can affect situation on the court, and in such conditions, it is very important to maintain concentration from the first to the last point.”

The 25-year-old Serbian was the first name on captain Bogdan Obradovic’s list and he will be backed up by Viktor Troicki (44) in singles, who is likely to team up with Nenad Zimonjic in doubles. The fourth member of the Serbian team is Ilija Bozoljac (338).

“We won this competition in 2010, which gave us a lot of confidence, a new joy, a new dimension in our careers,” added Djokovic. “The atmosphere in the team is fantastic. I am glad we will spend some more time together. It will help us build a positive energy that will, hopefully, carry us to victory.”

USA’s captain Jim Courier has also named a powerful line-up. Sam Querrey (20) and John Isner (23) will lead the home side in singles, while Bob and Mike Bryan will be playing in the doubles rubber.

Full nominations can be found below: 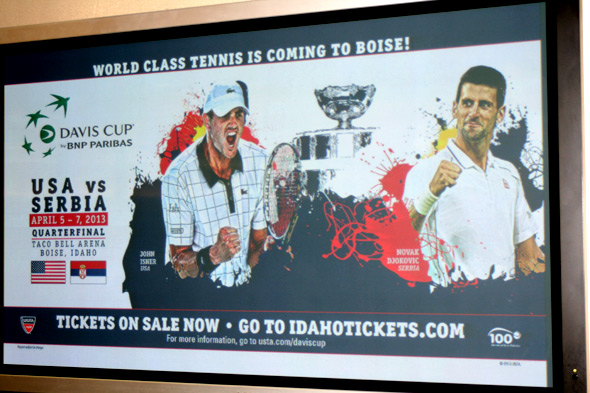