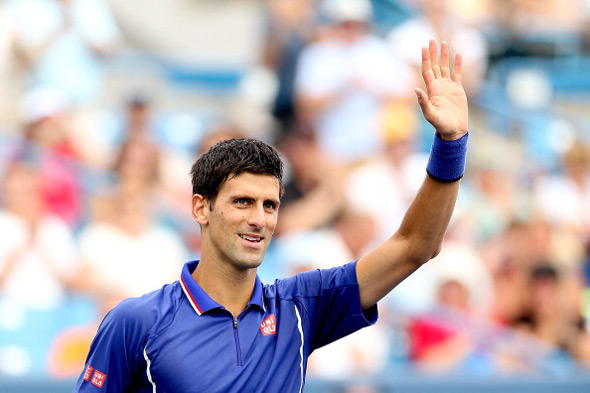 No.22-ranked John Isner benefited greatly from Novak’s mistakes in the crucial moments of the match. The American booked his place in the last four in two hours and 23 minutes.

After losing the first set in a tie-breaker, Nole regrouped to win the second 6-3.

The Serbian and world no.1 had a break point in the seventh game of the final set, but the big-serving American held. At 5-6, Novak saved one match point with an ace, but made a double fault to hand his opponent another chance. He then hit a backhand into the net and propelled Isner into the Saturday’s semi-finals.

“Today I wasn’t able to capitalise on my opportunities and serves. I made double faults in some important moments, and that’s the way it is,” said Djokovic. ”It’s very disappointing I played this way. There were сrucial moments where John was better. Now I have more time to think over everything and prepare for Us Open.”

Novak was looking to become the first singles player to win all of the ATP World Tour’s premier events. He has captured eight of the nine Masters 1000 tournaments during his career and needs only the Cincinnati title to complete the collection.

This was Novak’s last preparation for the final Grand Slam of the season, the US Open, taking place in New York from August 26 to September 8.

The men’s singles draw will be revealed on Thursday, August 22.