Nole advances to quarterfinals in Paris 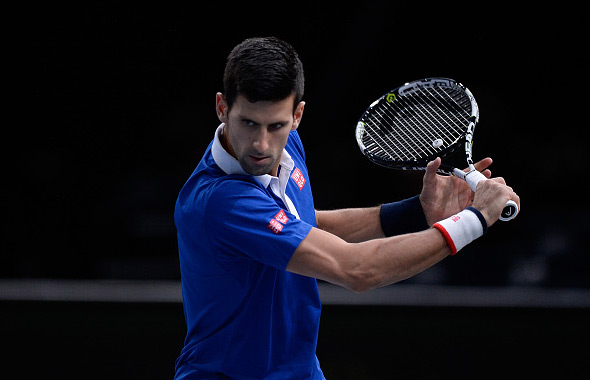 The one hour, 36-minute affair saw Novak convert seven of his nine break point opportunities, having saved five of 10 break points he faced. Djokovic is now 9-1 in ATP Head2Head match-ups with the Frenchman.

Simon broke in the third game, but Novak bounced back to take the opening set in 35 minutes. The players had traded breaks in the first seven games of the second set, when Nole finally held for 5-3. He was serving for victory at 5-4, but could not close it out. The 28-year-old Serb sealed the win two games later, improving to 75-5 W/L record on the year.

“In sport there are days when you just lose your rhythm. You’re trying a bit too much and you lose a bit of confidence,” the world no.1 said. “It was frustrating, losing four service games in a set… It hasn’t happened to me for a long time. I returned well the entire match. I didn’t give him too much room to improve his game. I feel like I have a good chance from the baseline against anyone.”

Looking ahead to the Berdych challenge, Djokovic said: “He is better server than Gilles and has more power from the groundstrokes. I’m ready for heavy artillery.”