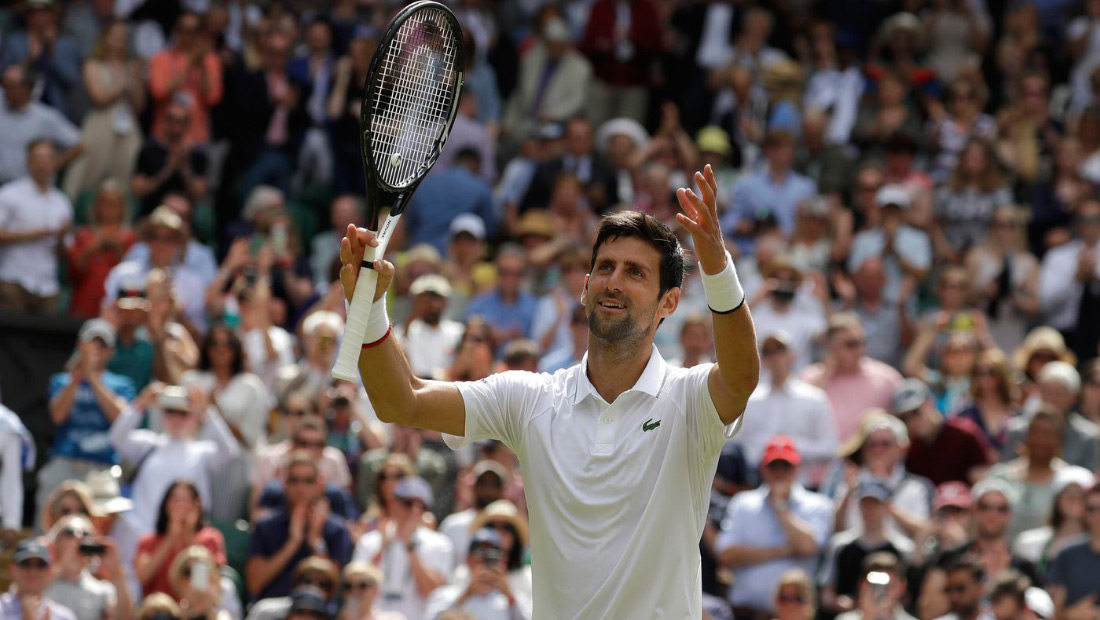 Nole breezes into third round at Wimbledon

Top seed Novak Djokovic continued his quest for a fifth Wimbledon title when he beat Denis Kudla 6-3, 6-2, 6-2 on Day 3 of The Championships.

The defending champion produced a convincing win against the American on Wednesday in the match that lasted just one hour and 32 minutes.

Novak was never really threatened against Kudla, putting on another efficient performance on Centre Court against the ATP no.111.

The 15-time Grand Slam titlist was in cruise control from start to finish, earning the 67th triumph at the All England Club and his 30th victory in 2019.

Novak had the upper hand despite two service games lost. He broke seven times from 13 opportunities, and stole more than half of the return points.

Djokovic broke twice in the opening set to establish the order. Kudla broke back once, but the Belgrade native served it out at second attempt.

The second set followed a similar pattern, with Novak racing to a 4-1 lead with a double break. Kudla converted his chance in the sixth game, but the world no.1 broke him again immediately for a two-set lead.

The third set was smooth sailing for the four-time winner. He made two breaks of serve and advanced to the third round for the 14th time.

“I’m pleased with my game overall. There were some moments in the match where I could have done better, I dropped my serve a couple of times. But it was a solid performance. I was returning well, mostly I was serving well and I was holding a high percentage of first serves. I’m glad to overcome the challenge,” said Novak.

The Serbian, competing in his 15th consecutive Wimbledon, goes on to face world no.48 Hubert Hurkacz (POL) on Friday.

Novak won their only previous match, in this year’s Roland Garros’ opening round.