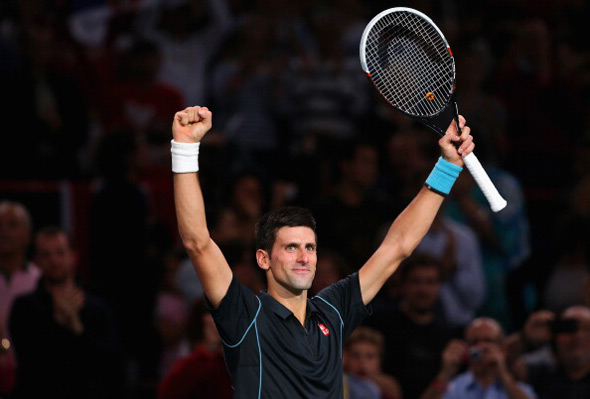 Novak’s fighting spirit was on display at the Palais Omnisports in Bercy as he came back from a set and a break down to defeat no.5 seed Roger Federer 4-6, 6-3, 6-2 on Saturday afternoon it the BNP Paribas Masters semis.

The world no.2 needed two hours to book his place in the Masters 1000 event final.

Djokovic dropped his second service game of the opening set, and the Swiss won it 6-4.

The 26-year-old Belgrade native appeared in danger with Federer going up another break at the beginning of the second set. He fought back immediately and broke once more in the sixth game to take over control.

The 30th career encounter between the two went to a deciding third set. Novak kept the momentum going. He sealed the win with a double break and advanced into his eighth final of the season (5-2 record).

“The key was just to hang in there and stay with him,” said Djokovic. “I knew he was going to be aggressive from the start coming to the net. He used his opportunities really well. He was very efficient. I tried to decrease the number of unforced errors and step in when it’s needed. I did pretty well in the second and the third sets.”

Novak and Roger will meet again next week, at the Barclays ATP World Tour Finals in London. The Serb narrowed the gap in their H2H series to 14-16.

Nole has a 10-5 head-to-head record against the Paris Masters defending champion. 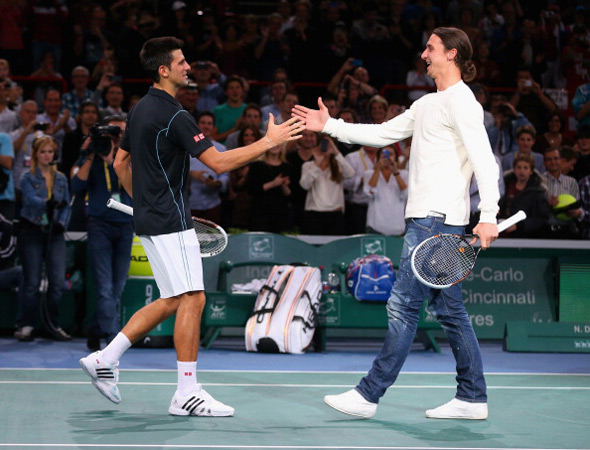