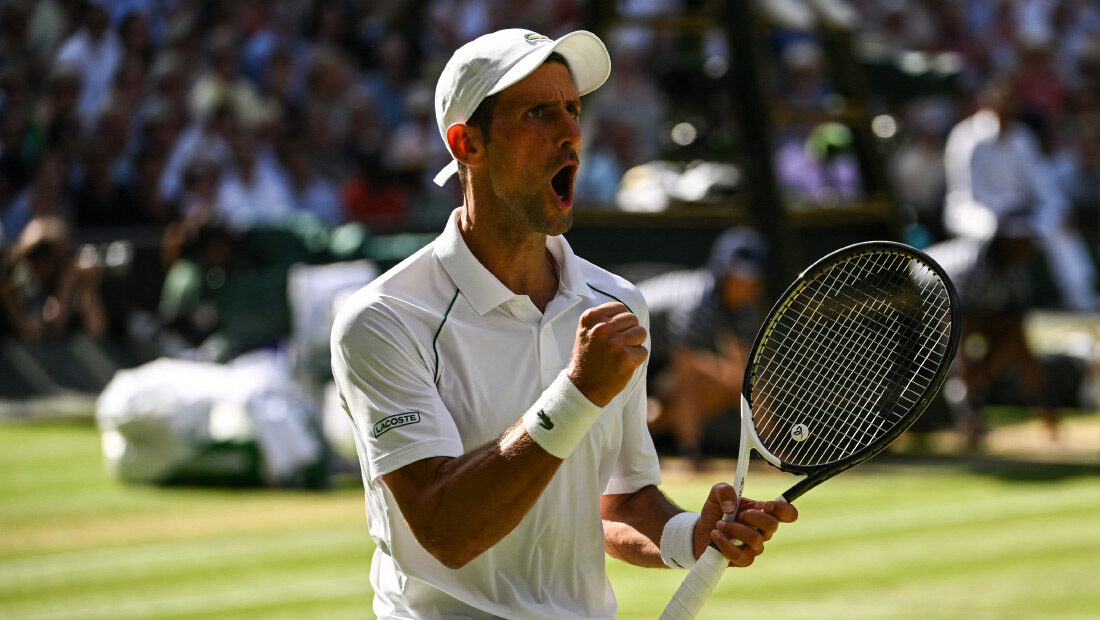 World no.3 Novak Djokovic moved to within one victory of capturing his fourth consecutive Wimbledon title and seventh overall, when he defeated no.9 seed Cameron Norrie of Great Britain 2-6, 6-3, 6-2, 6-4 in the semi-finals on Friday.

Cameron had a confident start but was unable to capitalise on it. Novak raised his level as the match went on, and with his aggressive and precise ground strokes he advanced to the final in two hours and 34 minutes.

“I didn’t start off well. He was the better player for the first set. I have had many semi-finals at Grand Slams before, but it is never easy walking out onto court,” Djokovic said in his on-court interview. “You have a lot of pressure and expectation from yourself and others. Cameron didn’t have much to lose, he is playing the tournament of his life. Playing at home is never easy, but I wish him all the best. He is a great player and I have a lot of respect for him.”

Novak will look to win his 21st Grand Slam crown when he faces Nick Kyrgios (0-2 H2H) in the championship match on Sunday (15:00 CET).

The Australian was through to the final after Rafael Nadal was forced to withdraw ahead of their semi-final meeting.

Looking ahead to the Kyrgios challenge, the Serbian top seed said: “One thing is for sure, there is going to be a lot of fireworks emotionally from both of us. It is going to be his first Grand Slam final. He is very excited and he doesn’t have much to lose. He is playing so freely, one of the biggest serves in the game. Just a big game overall, a lot of power in his shots. We haven’t played for some time. I have never won a set off him. Hopefully it can be different this time. It is another final here at Wimbledon at a tournament I love so much. Hopefully the experience can work in my favour.”