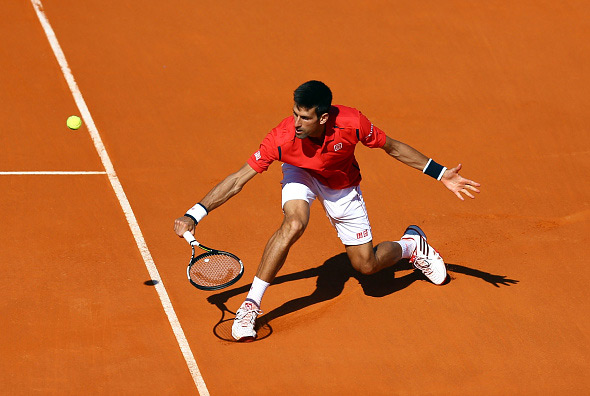 The Serbian ace won 85 per cent of his first-serve points and was 6/7 on net approaches.

“It was a satisfying performance against a young player that I have never played against, somebody who is in form,” Djokovic said. “I watched his match against Almagro who won a tournament last week, and he beat him comfortably. That deserves respect. We know each other well. We’ve practiced many times. I do see myself in him a little bit. We play a similar style. He’s a great fighter. For his age, he’s quite mature and mentally tough. Today was the first official match we’ve played against each other, I’m happy with my performance. It was a fun match to be part of.”

Novak next faces no.15 seed Roberto Bautista Agut (3-0 H2H). The Spaniard progressed with a 6-3, 5-7, 7-5 victory over his compatriot Feliciano Lopez.