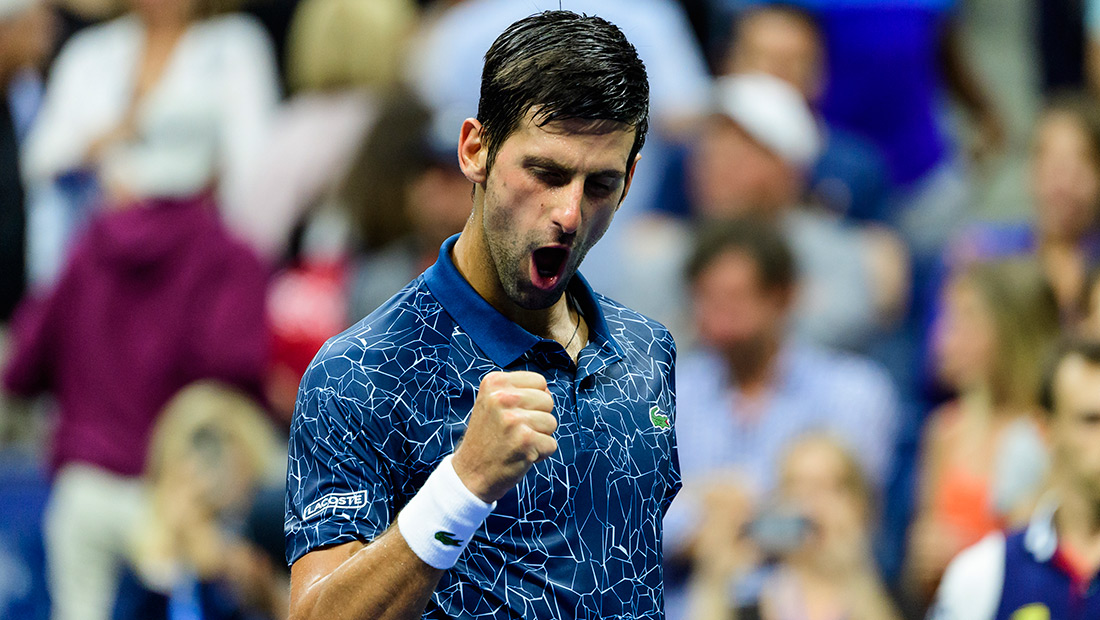 Nole rolls into 11th US Open quarter-final, Millman next

No.6 seed Novak Djokovic booked his place in the US Open quarter-finals for the 11th time with a 6-3, 6-4, 6-3 victory over world no.68 Joao Sousa in two hours in a humid day session on Arthur Ashe Stadium.

The two-time former titlist broke twice in the first set but had to recover from a break deficit in the second.

Novak struggled physically in the third set and went off court for a medical time-out leading 2-1. He got the crucial break in the eighth game for a 5-3 lead before serving out the match.

The 31-year-old Serbian star improved his perfect career H2H record with the Portuguese to 5-0.

Speaking after the victory over Sousa, Novak said: “I’m very happy to get this one done in straight sets. It was much more difficult than the score indicated. Credit to Joao for fighting, he brought a lot of intensity on the court. It was very tough conditions, especially the first hour and a half. We are putting in all the work but sometimes you just have to survive. I’m really pleased with where my game is at at the moment. Getting into quarter-finals, ready to perform well.”

The Belgrade native defeated Millman in their only previous ATP H2H encounter at the 2018 Fever-Tree Championships.

Djokovic has lifted the US Open championships trophy twice, in 2011 and 2015. He didn’t compete in the tournament last year due to elbow injury.