Nole surges into US Open quarter-finals 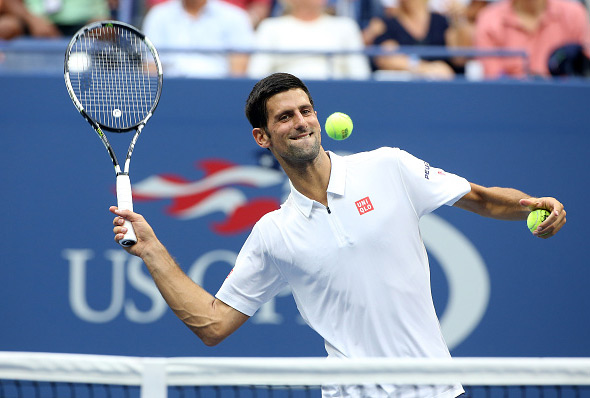 Novak booked his spot in the US Open quarter-finals for the 10th consecutive year after dismissing Kyle Edmund 6-2, 6-1, 6-4 in one hour and 55 minutes on Sunday night at Flushing Meadows.

The world no.84 was outclassed by the defending champion who had to wait until after 10pm local time to get on court. The late start did not seem to faze the Serbian ace as he looked sharp from the beginning. He quickly wrapped up the first two sets breaking the 21-year-old Brit five times, and had a 2-0 lead in the third. Edmund then broke twice for 3-2, but the top seed broke back and sealed the victory shortly afterwards, finishing the match at 12:20am local time in New York.

“I came out of the blocks with high intensity. It’s not easy to do that when you have to wait all day to play. I made Kyle work for each point and kept him moving around the court,” said Djokovic. “I was very pleased, except a little drop in the level in the third set. Other than that, everything was great. It’s good to play an entire match, considering I had not much time spent on the court in past couple of rounds.”