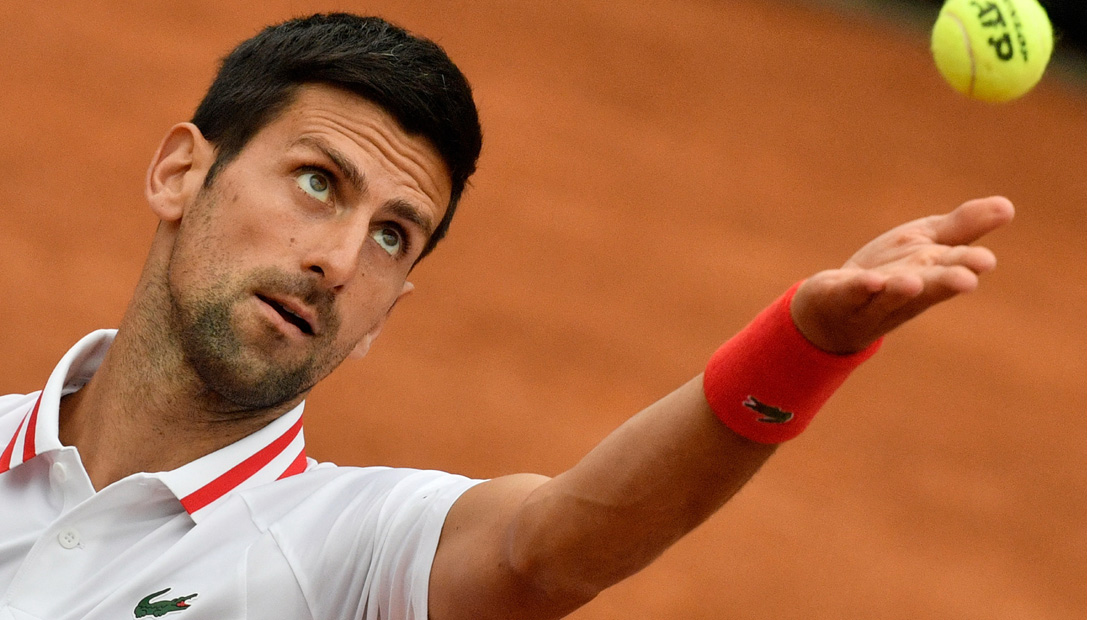 Novak advances to the last 16 in rainy Rome

World no.1 Novak Dokovic defeated Taylor Fritz 6-3, 7-6 (5) in the second round of the Internazionali BNL d’Italia on Tuesday.

One break in the first set was enough for the Serbian star to take the opener. He made an early break also in the second set to establish dominance, but the American responded with a break of his own and leveled at 2-2. Djokovic put the pressure again on his rival and went up a break. He was serving for the match at 5-4 when Fritz broke back again. The match was then suspended due to heavy rain.

Players were back on court after the rain stopped.  They both held their serves. Djokovic won the tie-breaker 7-5 to move into the last 16 at the ATP Masters 1000 event. The match lasted one hour and 38 minutes.

“It was a very strange match with strange conditions. Playing under the rain non-stop for almost two full sets, it was challenging for both me and him,” Novak said. “I had an advantage there because the conditions were slower which allowed me to return his serves, and he’s got really big serves. I kind of kept the match under my control for most part of the two sets, then served for the match; very sloppy service game. He played well, made a great passing shot to come back. I was stressed out in the end, but I think it was the right call to stop the match.”