Novak battles into US Open quarter-final 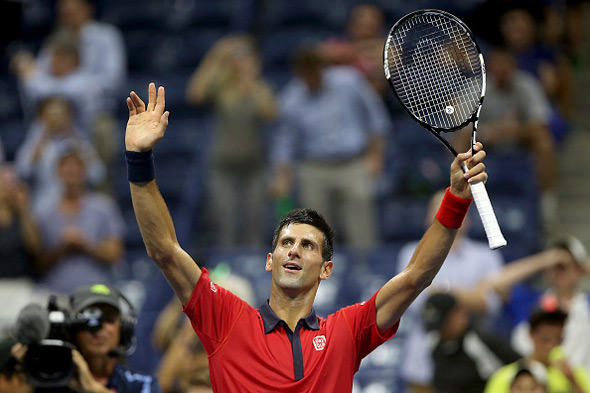 World no.1 Novak Djokovic reached his ninth US Open quarter-final with a 6-3, 4-6, 6-4, 6-3 victory over Roberto Bautista Agut on Arthur Ashe Stadium on Sunday night. The match lasted three hours and three minutes.

Novak was made to work hard by the inspired Spaniard. The Belgrade native dropped his first set of the tournament. He capitalised on seven of his 14 break point chances, while his opponent converted four of his eight opportunities.

After taking the opening set in 46 minutes, Djokovic earned a 4-2 lead in the second set, but his level dropped and Bautista Agut broke twice to tie the match at one set apiece.

Nole found another gear to win the third set but the Spaniard fought hard until the last point, breaking the 2011 champion when he served for the match at 5-2 in the fourth set before capitulating one game later.

“I started allowing him to control the rallies,” the top seed said after his 60th win in 2015. “I didn’t do what I did for set and a half, which was stepping in and taking control. He deserved to win the second set. I was frustrated with the fact that I had 4-2 and 15/40 and wasn’t able to capitalise on those opportunities. I lost five games in a row, but managed to regroup and use the experience of facing these particular situations before in my life, knowing what to do next. So the important thing is that I managed to find a way to win. Credit to him for fighting, for making me work.”

Novak will face another Spaniard, no.18 seed Feliciano Lopez (H2H 5-0), for a place in the semi-finals. Lopez advanced with a straight-set win over Fabio Fognini.