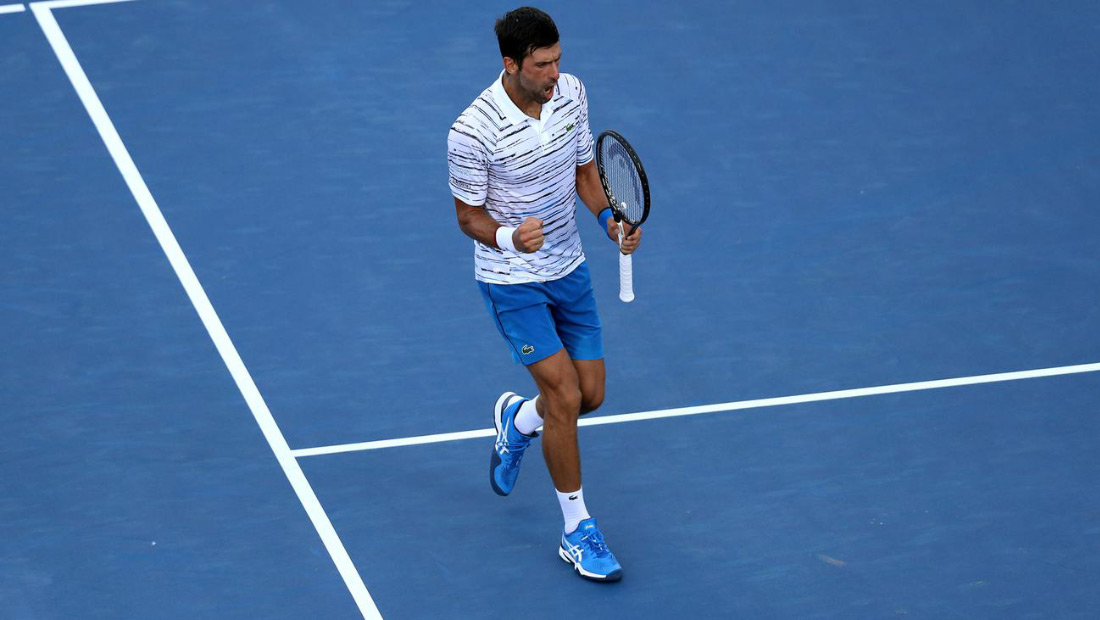 Nole is two victories away from lifting his 34th Masters 1000 trophy.

Top seed and defending champion Novak Djokovic recorded a 7-6 (2), 6-1 win over world no.31 Lucas Pouille on Friday evening to book his place in the Western & Southern Open last four.

The match lasted one hour and 26 minutes.

Both players held firmly in the opening set to set up a tiebreaker. Novak won it in convincing fashion and went on to break his opponent twice in the second set, in the second and sixth games.

“He played really well throughout the first set. We both held our service games quite comfortably until the tie-break and then I just stayed in there, very focused, didn’t drop my level. He did,” Djokovic said. “He double faulted and missed a couple of forehands and obviously that cost him the tie-break. The beginning of the second set I knew it was very important to try to break his serve right away and get into advantage, which I did. I managed to finish off the match really well.”

Djokovic is into the semi-finals at this ATP Masters 1000 event for the seventh time.

For a spot in the championship match, Novak will face Daniil Medvedev on Saturday about 23:55 CET.

Novak leads their ATP H2H series 3-1, but Medvedev won their most recent meeting at this year’s Rolex Monte-Carlo Masters.