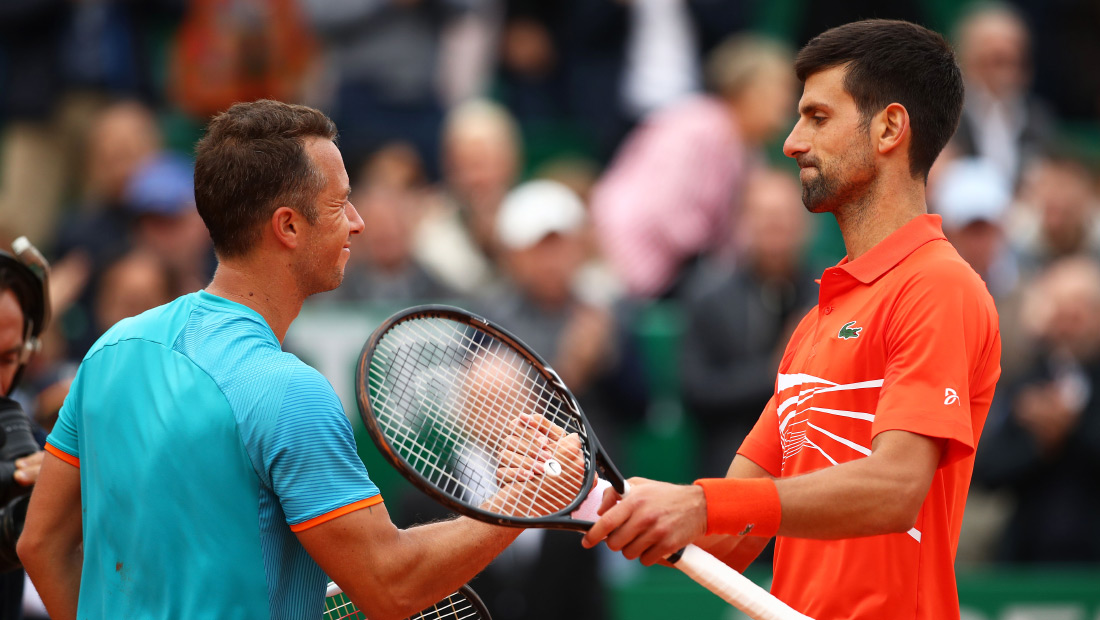 Top seed Novak Djokovic recorded his 14th tour-level victory of 2019 (14-3) and first on clay, after two hours, 36-minute win over Philipp Kohlschreiber at the Rolex Monte-Carlo Masters on Tuesday.

The two-time former champion defeated the 40th ranked German for the ninth time in 11 meetings, recording a 6-3, 4-6, 6-4 second round triumph.

Novak was made to work hard on Court Rainier III for his 850th career match win.

The world no.1 claimed the only break of the opening set at 4-3 and served it out to love after 45 minutes.

Neither player was able to find comfort on serve in the second set, with seven consecutive breaks. Nole recovered from a break down on three occasions, but was broken for the fourth time and Kohlschreiber took the contest to a deciding third set.

A break in the first game brought him the win, he used the fifth match point to advance.

“I had ups and downs and in a way felt a bit rusty on the court. I had a tough opponent, of course. Philipp beat me in Indian Wells. It was a match that happened less than a month ago, so of course it was in the back of my mind a bit,” said Djokovic. “I thought I should have maybe stepped in and played a bit more aggressive in the second set, but credit to him for mixing up the pace and playing well. I’ll take this win. Hopefully I can play slightly better in the next round, because if I want to go deep in the tournament, I definitely have to up my game.”