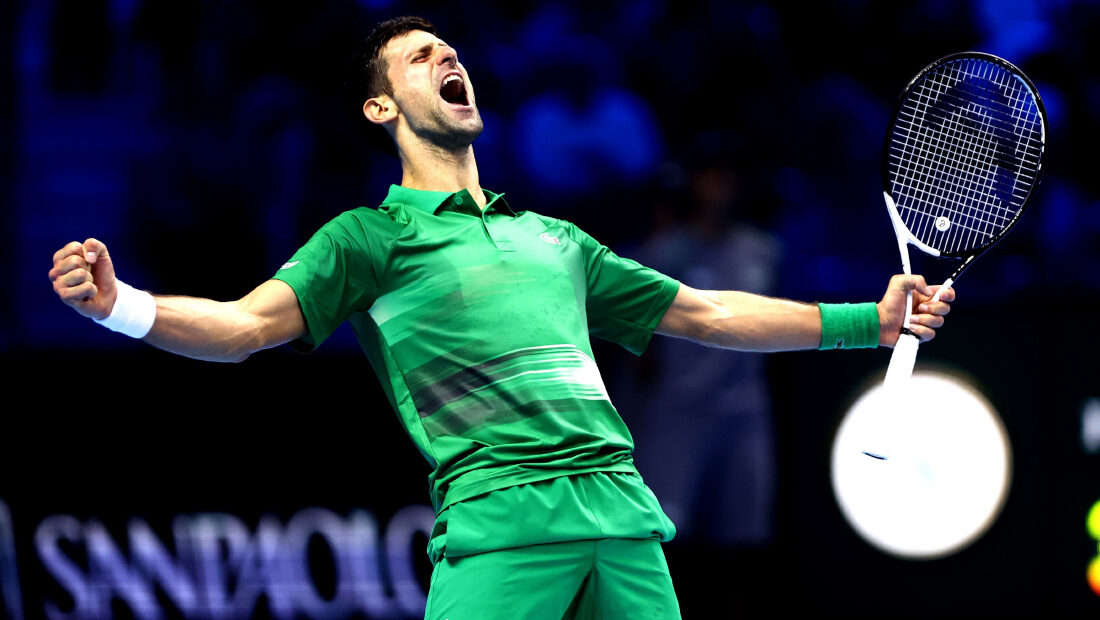 Novak pulls off great win to reach the Turin final!

Nole is through to his eighth Nitto ATP Finals championship match!

Five-time former champion Novak Djokovic put in a great performance as he dug deep to defeat American Taylor Fritz 7-6 (5), 7-6 (6) and move within one victory of equalling Roger Federer’s record of six titles at the prestigious season finale.

Both players broke twice during the one-hour, 54-minute match, but Djokovic found a way to pull through in a pair of tie-breaks as he wrapped up a hard-fought victory at the Pala Alpitour in Turin.

“I had to fight to survive,” said Djokovic. “I didn’t feel very reactive today or very comfortable. I knew coming into today’s match from yesterday’s gruelling battle against Medvedev I knew it would take me some time to adjust and find the dynamic movement I need against Fritz, who is one of the best servers on the Tour. I had to be very patient, I didn’t start the second set very well, but I managed to break at 5-4 when he was serving for the set, like when Medvedev was serving for the match yesterday. In those moments I find another gear. I managed to hold my nerve, made him play another shot in the tie-break. I’m very pleased to have overcome this one, as I don’t think it was one of my best days tennis-wise, but I managed to hang in there.”

Novak will take on Casper Ruud of Norway in the championship match on Sunday.

“I was looking forward to being in this position,” the seventh seed said ahead of the final challenge. “I’m very happy to be able to compete for another big trophy, one of the biggest ones that we have in our sport.”