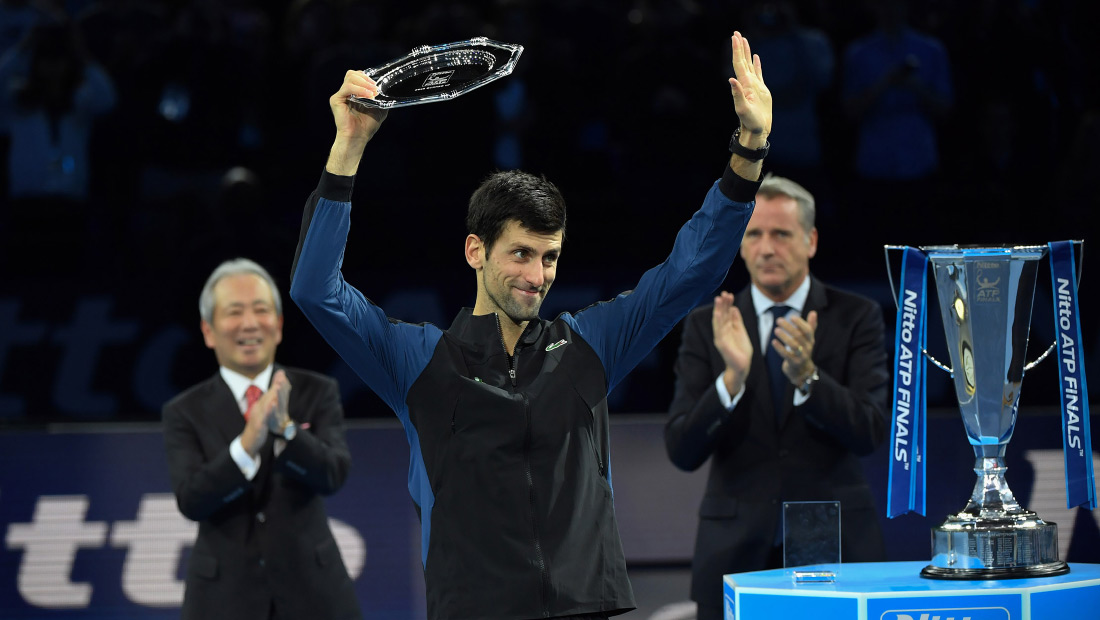 Novak failed in attempt to win a record-tying sixth ATP Finals crown. He finished runner-up at the season finale for the second time.

The 21-year-old ended Nole’s run of 40 consecutive service holds by breaking the world no.1 three times in a row, four times in total from six opportunities. Djokovic capitalised on only break point he earned during the one hour, 20-minute contest.

Zverev showed no fear on Sunday evening. From the first point of the match, the third seed produced amazing level of tennis, and Novak had no solution against him.

Alexander broke in the ninth game and consolidated it to take the opening set in 39 minutes. The two had traded breaks early in the second set, before the German converted his chances in the third and ninth games to seal the victory.

“Sascha definitely played much better than he did in the group stage. He deserved to win, he’s still quite young but he’s had an amazing career so far and I wish him all the best for his future,“ Djokovic said at the trophy presentation ceremony. “Speaking of being young, hopefully I’ll play many more years and I’ll see you guys here in years to come. I want to thank my team for a great season. If we put things in perspective, it was an amazing year, a great comeback so thanks for helping me get to where I am. Thank you to the fans for supporting tennis for 11 months. It’s a long season but you guys making it very enjoyable for all of us.”

Zverev is the youngest champion at the tournament since Novak won it in 2008. The Serbian star was also crowned four years in a row from 2012 to 2015.

Novak made a tremendous rise in the second half of 2018 and impressive return to world no.1. He underwent elbow surgery in January and was ranked no.22 in June.

In 2018 Nole won four titles – Wimbledon and the US Open, and ATP World Tour Masters 1000 crowns in Cincinnati and Shanghai.

Djokovic will kick off his 2019 season at the Qatar ExxonMobil Open in Doha (December 31 – January 5).

Ahead of the ATP event in Doha, Novak will take part in the Mubadala World Tennis Championship in Abu Dhabi on December 28 and 29. He will face either Karen Khachanov or Dominic Thiem in the semi-finals, and then depending on the outcome of the encounter, he will contest a final or a third place match.