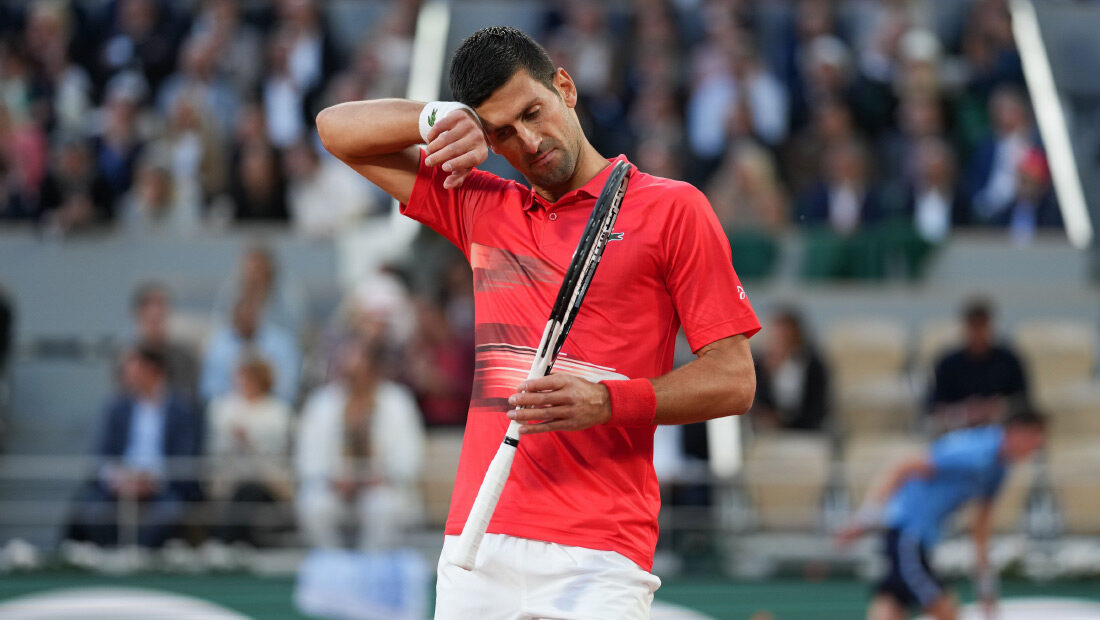 In the 59th meeting of their legendary rivalry, Novak and Rafa faced off on Tuesday night at Roland Garros.

Defending champion Novak Djokovic suffered a 2-6, 6-4, 2-6, 6-7 (4) defeat to 13-time titlist and no.5 seed Rafael Nadal in the quarter-finals that ended in the early hours of Wednesday morning.

The two tennis greats put on a show in the opening set. Though the scoreline was one-sided, the majority of the rallies were fascinating with both players battling for dominance in a dynamic match from the baseline. Nadal broke twice, in the first and fifth games.

The second set followed the similar pattern, as the Spaniard raced to a 3-0 lead with a double break. However, Djokovic increased his aggression and battled back, winning six of the last seven games.

Nadal again claimed an early double-break advantage in the third set to grab a two-sets-to-one lead, but the reigning champion quickly took a 3-0 lead in the fourth set. He was serving for the set at 5-3 and had two set points, but failed to capitalise on them. The Menorca native clawed his way back to force a tiebreak, which he won 7-4.

“Nadal was a better player at important moments. He was just able to take his tennis at another level at the beginning of all sets except the fourth,” Djokovic said.

Novak will have a couple of weeks to prepare for the grass court season and The Championships. The 2022 Wimbledon will take place from June 27 to July 10.

Djokovic has been victorious on the grass at SW19 six times. Last year he beat Italian Matteo Berrettini 6-7 (4), 6-4, 6-4, 6-3 in the final to win the 134th edition of the most prestigious tennis tournament in the world.