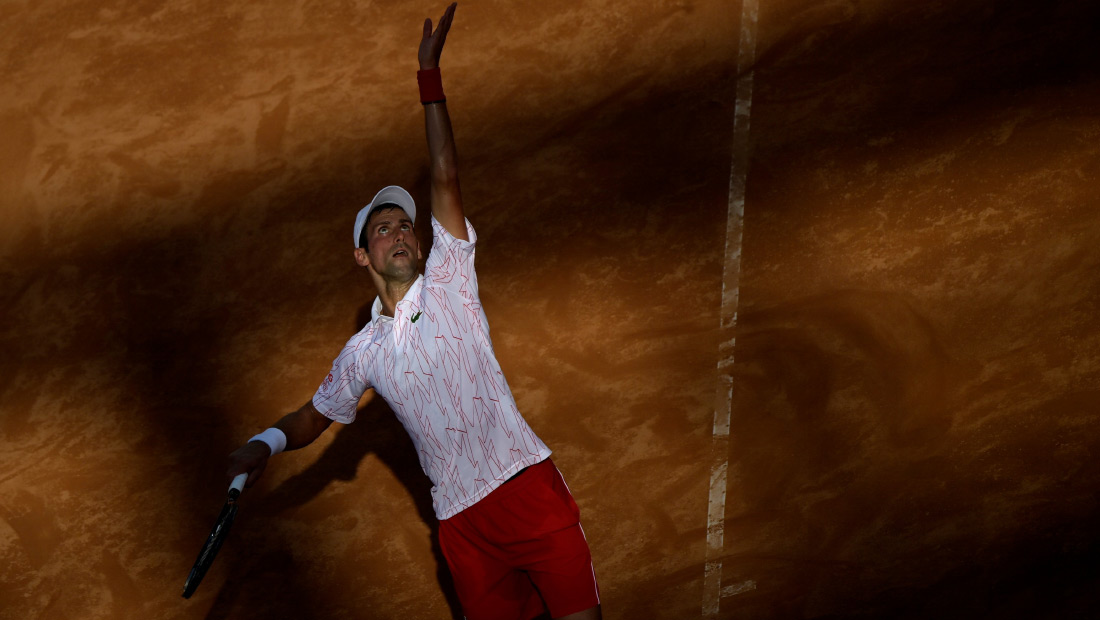 World no.1 Novak Djokovic advanced to his 11th semi-final at the Internazionali BNL d’Italia on Friday, following his 6-3, 4-6, 6-3 win against German qualifier Dominik Koepfer.

Novak capitalised on six from his 21 break point opportunities, while his opponent converted all four break points he earned during the two hour, 11-minute clash at Centrale.

Novak started well, dictating rallies to earn a 4-0 lead. The German fought back breaking twice, but Djokovic quickly got back into his rhythm to clinch the first set.

The top seed took an early lead in the second set, but Koepfer found a way back, playing bravely to level at 3-all. He then forced a deciding third set breaking Novak’s serve once more at 5-4.

Nole served with confidence throughout the third set and regained composure. A break in the third game was enough for the Belgrade native to seal the win.

“Credit to Dominik for fighting back, but I have myself to blame for putting myself in a position to play a third set,” said Djokovic. “I was a set and a break up and everything was looking great. I just wasn’t managing to make that final shot, that final step to win in straights.”

Novak is now two match wins away from his fifth title in Rome and 36th Masters 1000 trophy.

With the victory over Koepfer, the 33-year-old Serbian star has improved to a 29-1 run in 2020, including title runs at the Australian Open, ATP Dubai and Cincinnati Masters.

Djokovic goes on to play Norwegian Casper Ruud (ATP #34) in Sunday’s semi-final. It will be their first career meeting.

Looking ahead to the next challenge, Novak said: “Clay is definitely Casper’s preferred surface. This is where he feels most comfortable. It is the semi-finals and it is anybody’s game. I’ll do some homework and be ready for that one.”